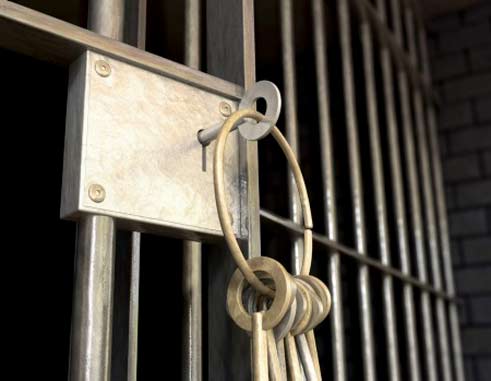 A rather unusual case was heard in the high court in Montserrat recently where a prisoner serving a life sentence sued those in charge of the prison.

Inmate Stephen Molyneaux began serving his life sentence in 2002. He sued for overlong daily incarceration by a serving prisoner and asked for damages. He represented himself in that case.

He argued breaches of the prison rules at the hands of the Prison Superintendent and filed 58 pages of largely handwritten material, having gleaned many legal principles from reading textbooks while in custody.

Molyneaux, complained about his I-pod being damaged, legal textbooks, a one tera byte hard-drive and a piece of wood all being taken from him. He asked for them to be returned.

He asked to be compensated for confiscated snacks, for being made ill by his confinement that led to joint pains and hypertension and for being wrongly kept in his cell, daily, for 20 hours or more from 11.08.16 until 23.11.17. He said he should receive damages for a time he was unfairly placed near a noisy and unsanitary mentally ill inmate and was also not allowed to associate with others.

The judge put down the complaints about the I-pod, textbooks, hard drive and confiscated snacks to be dealt by the Prison Visiting Committee. The man’s complaints about joint pains and hypertension were dismissed by the judge, who noted there was no independent evidence to support the claims.

Regarding his complaints about being wrongly kept in his cell for 20 hours or more daily, the judge, Iain Mortley said the case required “some careful assessment.”

According to Justice Mortley, Molyneaux is a large man who is quite capable of being manipulative, intimidating, violent, and stubborn. It was noted that he was well-behaved in court, making an intelligent argument. However, according to court documents, from observing him in the courtroom and reading prison reports on him, his capacity to be very difficult was clear.

“For some years, under a different Superintendent, he had a number of privileges, which included where he did work in the prison and keeping electronic and other items in his cell. For a time, he was the longest serving inmate and this seems to have accorded him a certain status, so that in his mind he developed a sense of entitlement to these privileges. His circumstance diminished on January 13, 2016 when his one tera byte hard-drive was confiscated as containing inappropriate material of a violent and pornographic nature,” Justice Mortley said.

The judge noted that in 2015, Keith Munns, the prison advisor to the UK Foreign and Commonwealth Office (FCO) authored an Incentives and Earned Privileges Scheme (IEPS) that was consistent with the UN Mandela Rules on the standard minimum rules for the treatment of prisoners, which became a policy document in Montserrat in 2016. As part of this, there was a review of keeping electronic devices, which led to Molyneaux’s I-pod being confiscated in February 2016.

The confiscation of the I-pod set in train confrontations with the prison authorities; leading in August 2016 to Molyneaux threatening staff and assaulting a prison officer on 09.08.16.

Court documents stated that at the point Molyneaux assaulted a prison officer he was kept in his cell for at least 20 hours daily for over 15 months.

Said Justice Mortley about Molyneaux’s legal action, “To the reader, it may seem petty to launch legal action over the loss from his cell of an I-pod, hard-drive, snacks and a piece of wood, and to complain about being unable to read legal texts. However, this court is wholly mindful of how in prison small comforts have a big place in the lives of inmates whose daily routines are so closely guarded. Following their loss, it can readily be understood how an inmate may then brood perhaps obsessively about small slights as the hours slip slowly by. In this sense, the court respects how upset Molyneaux has become and why he has marshalled his time so assiduously over many hours, offering so many pages of handwritten material to raise complaint. Though without liberty, prisoners have rights too, under the Montserrat Constitution and under the Prison Act, and if violated, may properly raise complaints at the High Court.”

When the IEPS came into force at the prison there were to be three levels of accommodation: basic, standard, and enhanced. Every inmate was required to sign an IEPS compact, which was an agreement to work within the scheme. On doing so, an inmate would automatically reach the standard level. According to Judge Mortley owing to his growing anger with the regime under the Superintendent, Molyneaux refused to sign the compact.

As a result of stubbornly refusing to sign the compact, Molyneaux ended up being held at basic level. He remained in his cell for usually at least 20 hours a day until the timings of the ‘basic’ regime changed on 23.11.17, placing him at basic for about 15 months.

Molyneaux complained that being held in his cell for 356 days for 22 hours or more without meaningful human contact amounted to ‘cellular confinement’. He made the point that the IEPS was in conflict with rule 33 of the Prison Act as it allows for ‘cellular confinement’ (in the form of ‘basic’ status) way beyond the three days contemplated as punishment in rule 33(1)(e) or 56 days contemplated in rule 34(3)(d).Court documents noted Molyneaux complained that the Superintendent was under a duty under conduct rule 9 to ensure any ‘standing orders’ are not in conflict with the Prison Act, and that while under conduct, rule 11 was responsible for infringement. Molyneaux suggested that the IEPS, in creating an ability to inflict cellular confinement outside the scope of rule 33 and rule 34 was in conflict. Moreover, there should be no punishment without charge under rule 30, requiring an adjudication.

Molyneaux referred to the allegation of assault under rule 30(b) on Officer Lee as never being processed, noting there was never an adjudication meriting cellular confinement, which in any event should not have been longer than three days, (or 56 days if considered by the Prison Visiting Committee, which never occurred). It would also require medical approval under rule 35, which was never given.

Moreover, if in cellular confinement, code of conduct 14 requires the Superintendent to visit every day, and to ensure there is contact with a guard every three hours, which was not followed. Molyneaux argued that for being in a fight with Officer Lee unadjudicated; he was tossed into cellular confinement for 15 months, wholly outside the terms of the Prison Act. And in being so confined, he was denied association with other inmates, required under rule 26, and therefore should not have been denied such for more than 24 hours without the authority of the Governor per rule 26(2), which was never sought.

Justice Mortley dismissed the claim made by Molyneaux that he was housed too near an inmate who was mentally ill, noisy and unsanitary, amounting to a breach of his rights under article 4 of the Constitution. Part of the judge’s reason for that decision had to do with the recognition of the prison’s limited resources, and need to use cells as needed.

“At first glance, there seems something unfair about Molyneaux being held at basic status for 15 months, requiring he spend so long in his cell. However, peering deeper, he brought this on himself, by refusing to sign the IEPS compact, which in my judgment had become a point of over-bearing pride on the part of a difficult and stubborn man in a private battle with the prison authorities,” stated Justice Mortley, adding that all Molyneaux had to do to be released from his discomfort was to sign his name.

“Even if I am wrong, and it can be demonstrated (subsequent to this judgment) to be a fact the IEPS was not correctly introduced by the Governor in Council, then I find the laudable aspiration of the scheme to mitigate it being in conflict with the Prison Rules, so that in combination with how Molyneaux brought his discomfort on himself through pride and stubbornness in refusing to sign the compact, I find no damages arise. Moreover, while I do find it is ‘cellular confinement’ to be kept in a cell for more than 22 hours, as Keith Munns said, nevertheless the IEPS specifically anticipated cellular confinement will arise at basic status (until changed in November 2017), which is supposed to act as an incentive for prisoner cooperation and is the very reason on signing the compact a prisoner is elevated to standard status, with 10.5 hours out of cell daily. The short point is that Molyneaux imposed basic status on himself, and therefore imposed cellular confinement on himself, by refusing to sign,” said Justice Mortley.

The judge also found Molyneaux was not specifically ‘removed from association’ as contemplated by the Prison Rule 26.

Said Justice Mortley in his ruling:

“There is an unhappy lesson arising from this unusual case. Prisoners are expected to be obedient to authority, which must be exercised fairly, subject if needed to judicial oversight. However, it is not for a prisoner to lock himself into conflict with authority, and thereby into his cell, later complaining of wholly self-inflicted consequences. On the other hand, while the IEPS is in principle laudable as a fair scheme, in theory it could be unfairly administered, for example by refusing to elevate a cooperating prisoner to standard status, or by corrupt manipulation of who receives enhanced status. If so, such behaviour will be accountable to the courts, and possibly to the police. That said, nothing of such concern has occurred in this case. To ensure all the prisoners are informed of the regime, I expect the prison to have during the day one copy of the IEPS in combination with the superseded Prison Rules to be available to the prisoners to read and contemplate. In all the circumstances, the application by prisoner Molyneaux for various heads of damages for wrongful overlong daily incarceration for 15 months is dismissed. I respectfully encourage him to sign the compact. I make no order as to costs.”