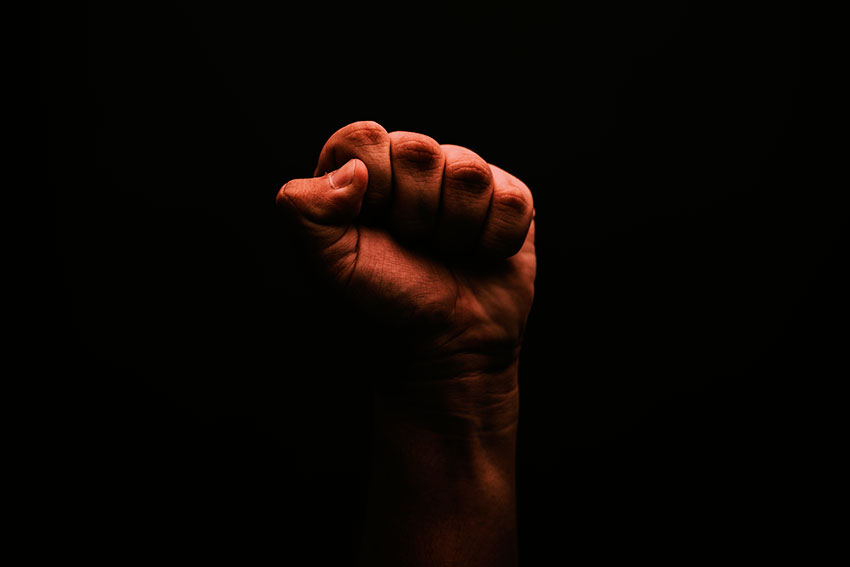 SLAVERY in the United States of America ended with the Civil War in 1865 but, the oppression and victimization of blacks continues even to the present day as evidenced by the extra judicial killing of blacks on American streets and even in their own apartments.

For the vast majority of Blacks, being black, is a condition that cannot be hidden. Although there exists a small number of Blacks who would have preferred being part of another ethnic group, being Black is an inherited distinction and not a choice; a striking feature of 12% of the US population.

For centuries, this Black minority has experienced singular oppression, brutalities and suffering, as no other race or animal species have. Despised as a race and delegated to the lowest social status, Blacks have been disadvantaged in employment, in education, in health, in housing, in justice and through the electoral system. The laws of segregation were variously applied to schools, to restaurants, to retail stores, to both public toilets and transportation. Indeed, in some ways, the Jim Crow laws can even be called inhumane.

The catalyst for the civil rights movement occurred in 1954, when a black woman, Rosa Parks of Alabama, refused to surrender her seat to a white man in the black section of the bus. The injustices and abuse of three centuries all seem to coalesce into this one single incident, resulting in the black community’s spontaneous support of her and their boycotting the bus company for 381 days. The protest against discrimination and victimisation was purposefully non-violent. That protest gave birth to the civil rights movement: peaceful, law-abiding and religious and, it would in time, produce its martyrs.

The easily foreseeable assassination of Martin Luther King stunned the world but, even more stunning, was the fact that it did not lead to rioting or violent demonstrations. The black community, in tears and deep anguish but visibly uncowed, buried the body of its icon, who continued to live in their hearts as a solid foundation on which to erect Black Pride. Martin Luther King’s death gave a further impetus to the civil rights movement and won for it a few more gains: desegregation, voting, etc.

Six years after the murder of Martin Luther King Gay Pride emerged, with the same spontaneity as Black Pride. The Stonewall riots were the result of a police raid on a homosexual bar on June 28, 1969. This was the defining moment for the gay rights movement as homosexual activists piggybacked on the momentum of the black civil rights movement. These activists were quick to claim similarities between the discrimination they perceived as being practised against them and that to which blacks were subjected. However, the dissimilarities between the experiences of blacks and of homosexuals are more significant.

To begin with, gayness or homosexuality, unlike blackness, is not inherited. Homosexuals can generally, unlike most blacks, hide in the population and are only known by their explicit sexual behaviour. Homosexuality is a deviancy from the norm and, indeed, from normal sexual behaviour of all members of the animal kingdom. Homosexuals, unlike blacks, were punished, for what they did, rather than for what they are. Generally, unlike Blacks, homosexuals have good jobs, are well educated and live in respectable neighbourhoods. Consequently, the finances of homosexuals are better than average and, additionally, they have managed to capture the institutions of social influence, such as Hollywood, fashion, the arts, design, catering and even education. Interestingly, although, homosexuals account for less than 3% of the entire population they have the greatest influence on policy and law making than any other minority group, even Blacks who are four times as large. Their behaviour, which was once deemed criminal because it was immoral, is now promoted in schools and pushed, even with threats of trade sanctions, by the US government on foreign black governments.

Meanwhile, American blacks continue to eke out a living, as they are barely tolerated in a country which was built on the fruits of the sweat, tears, blood and labour of their forefathers. Their lament becomes even more poignant as homosexuals are judicially endorsed so that they reap where they have not sown and gather where they have not scattered. This unjust and blatant discrimination is quite a cause for concern.

Whether an individual is black or gay, neither black nor gay or, both black and gay, we all belong to the same human family and should share the same inalienable rights. These rights have their origin in human nature as designed by God our common Father.

In a small country as our homeland, St Lucia, we not only share a common ancestry but also, a common culture. These important factors should influence us to be united and proud: united in our common human nature and proud in our black ancestry rather than in any deviancy. In our unity, we share each other’s joys as well as sorrows and, empathize with each other. Our relationships should further serve to eradicate whatever behaviours that would bring about our exclusion from the kingdom of our Father in heaven.