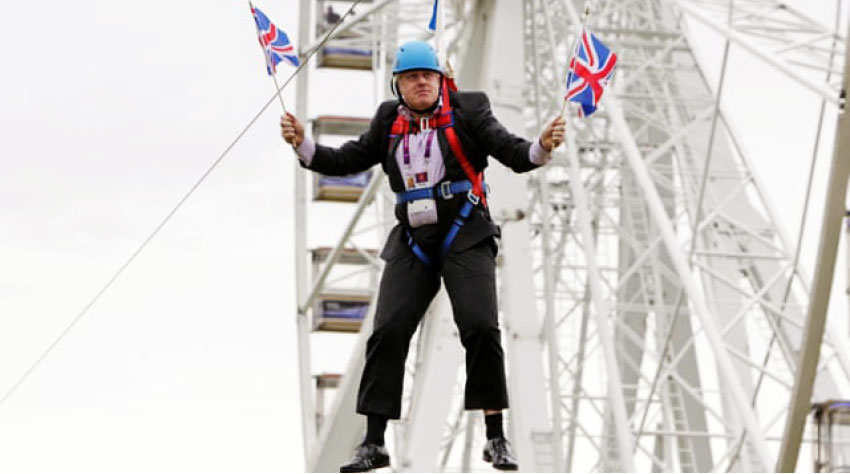 TOMORROW, Sunday September 15, marks International Day of Democracy, an appropriate time to take a good look at the best features of Westminster Democracy now on show, ‘live and direct’, in London’s Westminster Palace, home to the House of Lords and House of Commons and seat of the Parliament of Great Britain and of the United Kingdom of Britain, Scotland, Ireland and Wales, an Empire ruled by a blue-blooded Royalty for Life, in which the politics of the politically neutral absolute monarch is nonetheless directed by the Prime Minister of the day, elected or unelected.

Sounds complicated? Not if you’ve been following the Brexit Bugaboo in the UK House of Commons like I’ve been…

Brexit was meant to be Britain’s exit from the European Union. However, three years after a close referendum vote that even more divided the United Kingdom; it’s proving to be even more of a most embarrassing exposure of the strengths and/or failings of the Westminster System, which was bred to survive — and/or self-destruct — on its own accord.

In 2016, the anti-Brexit governing Conservative Party lost the related referendum it called. Interpreting the vote as a statement of No Confidence in his government, Prime Minister David Cameron resigned. But his successor Theresa May not only decided to ‘Deliver, come what may’ on what her party had so strongly campaigned against — but to confirm her new leadership mandate with the electorate.

Mrs May terribly lost her electoral gamble – and her party’s parliamentary majority as well, in the process. But, the general elections results being another Vote of No Confidence in her ruling party, the legally elastic lady stylishly side-stepped her predecessor’s route and instead entered into an unholy and totally-dependent and fragile parliamentary matrimony with a smaller non-English opposition party to form a minority government.

For three years, Mrs May fought a losing battle: trying to implement what she opposed while walking an unending tightrope of trying to please all sides to preserve her party’s ultimate hold on power.

Several times during her sustained efforts to swim against the tide in the murky channels between London and Brussels, it was clear that PM May’s sole trump card to keep rebel Conservative MPs on board was a general election that the party could easily have lost. But the ground so shifted below her feet that lady eventually had to succumb to resigning instead being politically stabbed in the back, walking into a long knife in the chest, or falling on her own fellow Tory MPs’ swords.

PM May’s successor Boris Johnson has had a hard start from the very beginning, losing six parliamentary votes during his first six days in office, all the time banging furiously at a clearly unwilling majority of fellow MPs who simply don’t trust him – and accuse him of ‘treating the prime minister-ship like a presidency.’

Like Madam May, Mister Prime Minister Johnson also threatened to call snap general elections (as early as mid-October) if any fellow Tory MP upset his razor-thin one-seat parliamentary majority – and 21 did just that, only to be fired by Number 10 Downing Street, punished for being disloyal to an unelected prime minister.

The victims of Downing Street’s cold vendetta include a former Chancellor of the Exchequer (Phillip Hammond), the longest-serving MP (former Deputy Prime Minister Gordon Brown) and the grandson of fabled British Prime Minister Winston Churchill (Sir Nicholas Soames). But Johnson’s sights remained trained on his stated trajectory of an October 31, 2019 Brexit deadline — ‘with or without a deal’, even if he turns out to be Britain’s briefest prime minister in modern history.

And his seventh defeat came when, as another separate final-blow, back-against-the-wall punishment for tying their hands by sending them home for five weeks, the unwilling majority in his own party made it humiliatingly impossible for him to call an election before his chosen Brexit date.

And then came the brand new PM’s eighth defeat: After directing the Queen to prorogue parliament to prevent parliamentarians from questioning him or voting at Westminster, a British high court turned down a formal cross-party appeal accusing him of breaking the law. But the Scottish high court upheld a similar appeal and the Irish court was also considering one, the ultimate outcome of all of which will depend on presentation of all the rulings for a final ruling by the ultimate high court in Britain.

With extremely short parliamentary coat-tails, PM Johnson, like his predecessor, has been forced to depend on his unreliable ability to take the right steps at the right time in executing the delicate and intriguing foot-play of painfully and/or easily waltzing around an unwritten constitution and hundreds of years of tradition in an enduring parliamentary performance-in-progress.

After all, an unelected leader had ordered an unelected monarch to prevent elected MPs from doing what they were elected to do. Her Royal Highness duly and dutifully complied, but the majority elected parliamentarians simply silently responded by fiddling with parliamentary precedents while dancing to the tune of the distant chimes of Big Ben’s rhythmic toll.

The rest of the world looked and still looks on in shock and awe and/or amazement at how a country that has made it nearly impossible for dozens of ex-colonies to revise imposed constitutions can so easily jump over whatever parliamentary hurdles may arise by merely creatively applying (or inventing) ingenious approaches to evasion and avoidance of old laws and new.

Brexit has once again laid bare the nakedness of a system bred to work or self-destruct according to the ability of the different branches of government to outplay and out-dance each other through manipulation of constitutional wrenches thrown at and into each other’s works on the parliamentary floor.

Like hurricanes, regime change can also bring unexpected and unpredictable results that only allow for day-by-day extension and escalation of uncertainties for the voting majority, while those they elected dance to their own parliamentary blues. Now the Executive and Legislative Branches are depending on the Judicial Branch to rule over them all.

The Brexit Blues in Britain has yielded headlines like: Monitoring the Magnitude of the Mess by the Minute and the Moment, Measuring May’s Maze of Mistakes, Deadlock in a Deadlock, Paralysis of Analysis and End of the Beginning or Beginning of the End?

And when The Speaker of the House intervened to exercise his overall power in the parliamentary chamber citing centuries-old precedents, he was accused by one side of being ‘an interventionist individual not running for office, but making a grab for power through a constitutional coup.’

Laughable or sad, glad or mad, if this wasn’t all real, it could have been sold as the modern version of a Shakespearean tragicomedy.

But then, what else to expect from an age-old, invisible political system with no written rules, only driven by traditions and historical precedents always open to unprecedented interpretations?

Or a political system that bred an election system based on horse-racing ‘first-past-the-post’ results that must also result in a guaranteed ‘opposition’ — even if one party wins all the seats?

The Westminster System was (and still is) said to have been meant to be ‘a democratic guarantee against dictatorship.’ But it continues to be crystal clear that while one dictatorship (maybe) is being kept at bay, another is, no doubt out-at-large, fully at play, night and day, always finding a way to get away to getaway – and live to fight another day.

Just think about it all tomorrow on International Democracy Day. Laugh or cry, you’ll most likely simply want to (literally) die all the way!