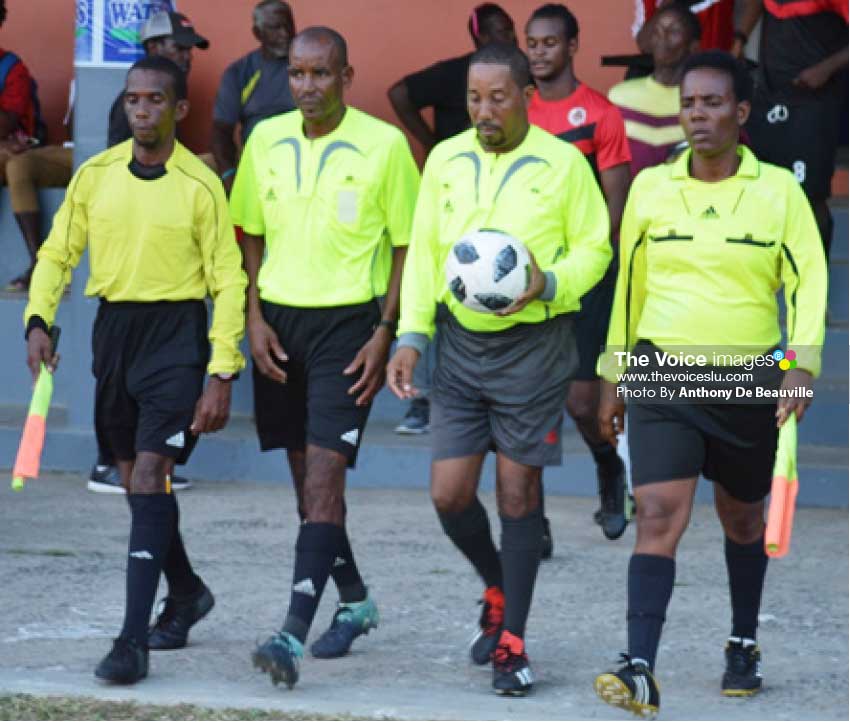 A total of twenty five participants turned up to attend the five day Course.

The Course is being overseen by Colombian native Javier Santos, FIFA Referee Development Officer for the CONCACAF region.

In his remarks Santos reiterated the importance of the course, while alluding to the various changes and developments in relation to the management of the game.

He is quite optimistic that the participants will be able to grasp the wealth of knowledge to be presented as they seek to further develop and grow the sport locally.

In addressing the participants, President Lyndon Cooper reiterated the Association’s concerns as it pertains to refereeing in general.

He emphasised that with the number of matches to be played as mandated by FIFA; it has become almost impossible to meet that request in terms of not just the provision of referees but most specifically ensuring competency.

The coming on stream of the Saint Lucia School of Sports, of which the Saint Lucia Football Association is an integral part, highlights the importance of adequate and competent persons to become involved in the programme.

However, the SLFA is confident that with the ‘Adopt a School Programme’ whereby ten schools will be coming onboard, some of the shortcomings as it pertains to the availability of referees will be a thing of the past.

This is so as part of the school’s obligation under the Adopt a School Programme; the school agrees to provide a minimum of twelve persons to serve in the following capacities: Referees, Assistant Referees and Match Commissioners.

In closing, the SLFA President reminded participants of the Association’s new mandate going forward which manifests itself in 2020 while imploring them to use the course as a guide as there will be a fitness grading system to be implemented soon.