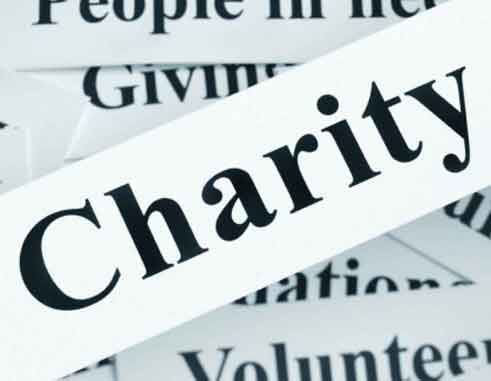 It’s just a saying to some, but it’s a life-saver for hundreds of millions worldwide, which is why a special day was put aside to draw global attention to its importance to so many everywhere.

The International Day of Charity is designated to be observed annually on 5 September by member-states of the United Nations (UN).

It was declared by the United Nations General Assembly in 2012 ‘to raise awareness and provide a common platform for charity-related activities all over the world for individuals, charitable, philanthropic and volunteer organisations, for their own purposes, on the local, national, regional and international level.’

Definitions: According to UNESCO: ‘Charity, like the notions of volunteerism and philanthropy, provides real social bonding and contributes to the creation of inclusive and more resilient societies. Charity can alleviate the worst effects of humanitarian crises, supplement public services in health care, education, housing and child protection. It assists the advancement of culture, science, sports, and the protection of cultural and natural heritage. It also promotes the rights of the marginalized and underprivileged and spreads the message of humanity in conflict situations.’

The International Day of Charity was therefore established by UNESCO ‘to sensitize and mobilize people, NGOs and stakeholders all around the world, to help others through volunteer and philanthropic activities.’

The Oxford Dictionary defines charity as ‘Love for fellow men’, ‘Help so given…’ (to help others), ‘Leniency in judging others’, ‘Liberality to those in need or distress’ and ‘alms-giving’ (or giving alms…) And ‘A Charity’ is ‘an institution or organization for helping those in need.’

Why September 5? That date was chosen to commemorate the anniversary of the death of Mother Teresa of Calcutta, who received the Nobel Peace Prize in 1979 ‘for work undertaken in the struggle to overcome poverty and distress, which also constitute a threat to peace.’

Mother Teresa, the renowned nun and missionary, was born Agnes Gonxha Bojaxhiu in 1910, in Skopje, the capital of North Macedonia. In 1928, she went to India, where she devoted herself to helping the destitute. In 1948 she became an Indian citizen and founded the Order of Missionaries of Charity in Kolkota (Calcutta) in 1950, which became noted for its work among the poor and the dying in that city. For over 45 years, she ministered to the poor, sick, orphaned and dying, while guiding the Missionaries of Charity’s expansion, first in India and then in other countries, including hospices and homes for the poorest and homeless.

Mother Teresa died on September 5th 1997, aged 87 — and it is in recognition of the role of charity in alleviating humanitarian crises and human suffering within and among nations, as well as of the efforts of charitable organizations and individuals, including her own work, that the UN designated the anniversary of the death of Mother Teresa as the International Day of Charity.

Mother Teresa would have been 109 this year. But she and her charity are both at work here through the Sisters of Missionaries of Charity in Saint Lucia, who every day visit homes and care for those in need everywhere.

Quiet and always smiling, they, like Mother Teresa, have bonded with the poor, the poorest-of-the poor and the sick and needy. And they pray – with and for those in need of prayers, charity and mercy.

They quietly give charity its real face here, in Mother Teresa’s name – and they prod-on regardless of whether their work is appreciated or not.

The Charity in us all: I know that, like the sisters on a mission, there is some charity in everyone. Whether a little bit or a lot, we all do charitable things. We may not even regard it as that, we may just see it as ‘helping-out’, or ‘being natural’, but all of that is charity.

In my book, the best charity is that which underlines the philosophy and thinking behind the biblical quotation about ‘Doing good unto others, whether or not they do good unto you…’

People ‘do good’ naturally most times because it’s naturally in us — and most without cameras or witnesses and without boasting. I spoke with one lady a day before the day was observed, who oozed with pride as she explained that every time she gives or donates, she doesn’t even want to hear ‘thanks’. Why? Because each act of giving makes her ‘feel lighter’ (as in spiritually uplifted) from giving out of the goodness of her heart.

Types of Charity: And then there’s Organized Charity – the organizations and institutions with charity as their stated goal, ranging from churches to volunteer groups and foundations, to government entities responsible for charitable institutions, to non-government and civil society organizations undertaking charity, including private sector entities.

A regularly-heard-of type of charity is Philanthropy, a process through which those who have done much better than others decide to share some of their wealth through charitable ways. One example is the Johnson Home at the bottom of Morne Road, near Villa Hotel. The original home of the Johnson Family (as in Johnson’s Hardware, Johnson’s Center and Saint Lucia Cold Storage), the family generously agreed to convert it to the admirable more-than-humble abode for the elderly it now is, in cooperation with the inimitable Augustus ‘Gus’ Justin, the man behind the Frances and Agnes Memorial Homes.

Thankful and Thankless: But charity can also be both thankful and thankless. Those who go it from the heart don’t do it for thanks and praises, but because that is who they are: people with a heart for others. They don’t get paid in dollar terms, as it is the appreciative and rewarding value of helping each person helped, every time, that is their real pay at the end of each day. The charitable remain thankless from people who don’t yet understand the value of what they do and those who feel they are ‘just wasting time’ or they simply ‘have nothing to do’.

The Uncharitable… There are also those who think that people needing charity are less human and therefore only deserve things you no longer want or thing that have become useless from overuse. Some will also dress in ‘collar-and-tie’ to take photos and ‘Selfies’ to post online to be seen as ‘doing good’ by distributing meals to homeless people. Such actions may benefit the ‘helper’, but do violate the privacy of the victim of hunger. Others will only offer help in the name of charity if there’s something in it for them – whether tax breaks or publicity, or both.

Even though Mother Teresa’s sisters here might have been the only ones seen as having added reason for observing International Day of Charity last Thursday, the day would also have been observed by others who have reason to be aware of it. But the date should not only be observed by those involved in charitable causes. It is just as important for everyone in every country to be aware of the importance of charity for all the purposes outlined by UNESCO.

It is for all these reasons that charity must not be allowed to only remain at home where it begins, as the home is part of the village, the nation and the international community.

Another wise old saying is ‘Better late than never.’ So, if this article in any way helps you to also remember that charity is needed not only on one day of the year but every day of our lives, it will have fulfilled the objective of informing you of yet another International Day worth remembering and observing, each and every year.
And no day is ever too late to learn about the importance of another!