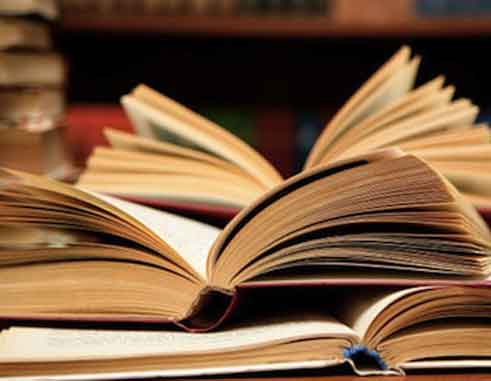 Allow me some space in your newspaper to draw the public’s attention to the madness that has taken over our land.

I love libraries and wherever I travel I make it my duty to visit the library. I believe that a library is the backbone to the education system of any country. I was horror-struck on my recent visit to the Soufriere Public Library when I realized that I would need an umbrella if I were to remain in there, as it was raining heavily and the roof was leaking. I felt sorry for the librarian as I could see she was struggling with whether to place containers in my presence. The ceiling is a mess as there are water stains all over the place.

I found out that the building is termite infested (it’s a disaster waiting to happen) and the roof can cave in at any time. I asked myself, where is the union who represents these workers? No one should be allowed to work under these conditions. I visited with the intention to give a donation of some kind; I was unable to do so under such circumstances.

In addition, I read an article where it was said that the Ministry of Education has its sights on the e-book path. I have lived in the US for a number of years and one thing that is being emphasized is the need for, and the importance of libraries in society. Presently, libraries are known to be the first place that anyone faces, to find information of any kind. Whether it be for employment purposes, for citizenship or just to seek assistance.

In the US, e-books did not replace libraries; they are used to enhance library services. E-books can be accessed from OneDrive, through your public library’s website. My 4-year-old son who attends school in the US, has to prove to his teachers that he has visited the library and read at least 20 books during the summer vacation. In St Lucia, so I heard from a teacher, during summer it’s all play and upon their return to the classroom, the students have to be taught all over again, some even forget how to write their names.

Libraries are forgotten by the ‘powers-that-be’, to the point that they now want to make them extinct. However, the Minister of Education should know that this is the only institution which is free and which welcomes all, regardless of age, religion or political affiliation, and should place great emphasis on libraries in St Lucia.

Please note Madam Minister that the education system will fail (and is already failing) without proper library systems here in St Lucia. I asked about library programmes and understood that librarians in St Lucia run programmes without any allocation in the budget for this. They have to seek sponsorship from various organisations, and this is difficult as most organisations want to know that they can profit from making donations.

Years ago, there was a large amount of money given to the library services department, however this was apparently used by whatever government was in power at the time to do as they pleased and libraries got nothing out of this.

Madam Minister, did you not use libraries during studies, or did you just ‘google it’? Any educated person will tell you that libraries are needed and are essential in society. Please equip libraries, furnish libraries, give professional librarians the salary they deserve, support library programmes and events, recognize Library Associations and see our education systems prosper. Government has a plan to place libraries in ICT centres. When the ‘ICT centres’ idea was conceived, why didn’t anyone intercede and suggest that the ICT equipment and programmes could be distributed to the libraries. This could have saved the government thousands of dollars, as now they have to pay new employees a salary, whereas, (those already employed cannot get upgraded) librarians could have taken over this responsibility. School libraries are better equipped than the public libraries, but when school is out, where do the kids go? To the Central Library without books? To the termite infested Soufriere Public Library with the roof about to cave in? To any one of the other ill equipped libraries where I couldn’t get my article printed, or something photocopied? At one of our local libraries with nothing to sit on but rusty chairs? Or maybe to a library where there isn’t even any shelves to place the books on. If something is not done now, we are doomed to fail.