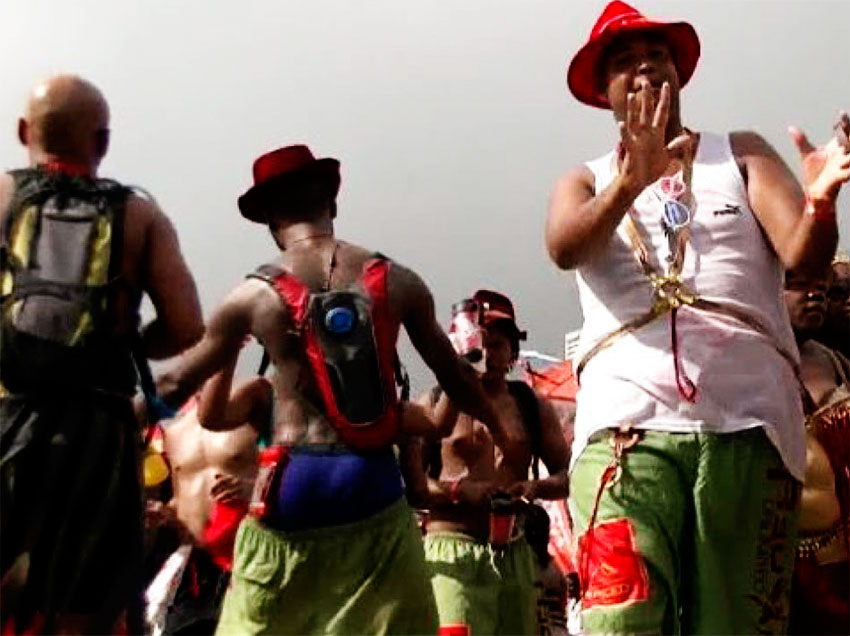 I write in response to your opinion piece entitled ‘Women Just Want to be Naked’, published in last weekend’s edition of the VOICE.

As a female counter part to the homo-sapiens, I firmly disagree with your opinions shared in this article. Your contribution came off a bit misogynistic, another way to boost the male ego and to downgrade the female gender. So let’s break down some of the points you stated.

Firstly, yes carnival is a part of St Lucian culture and that of the Caribbean as a whole. We do acknowledge the true meaning behind carnival and the reason why it was started in the first place. Over time however, things have changed to fit the modern day era and for the people of this time to enjoy the festivities whilst still keeping a bit of its history intact. The carnival in your era and the carnival present are very different; comparing them to each other would be unfair to say the least. It would be like comparing an apple to a pear – yes, they’re both still fruit but they’re still very different.

Secondly, you commented on the costumes which you stated were “tainted by human nakedness”. The revelers are not the ones designing the costumes, are they? No, they simply make do with what’s given and it may even surprise you that many are not as interested in the costumes as they are in the experience. It also came across in your article, albeit well written, that you were over sexualizing the female body, which is hardly new in the society we live in, but also echoes these same devilish, lustful thoughts about the female body that gave rise to movements like ‘Still Not Asking for It’, which more than makes it clear that what a woman wears is not an invitation for men to ogle, harass, or on the extreme end, assault her. I am fully aware that you did not condone the latter in your article, or imply such, but surely this observation is still relevant in this context.

Thirdly, you stated “Lucian men and men in general, do not want to be naked.” I think a lot of people will agree this is false. The saying “birds of a feather flock together” applies here, if you claim to be this hawking, felonious, lascivious, fallen angel (all your words) then a lot of these Lucian men and men in general fall into that bracket. They would kill to have even a minute of nakedness with the beautiful “bad-in-bum-bum” that you drool over with “fertile and erectile sensibility”. But the difference is that males lack the boldness, a shred of confidence to display their nakedness in the way that women do. The lack of this boldness is not because of the morality that men think they have but due to their own insecurities with their own nakedness. The fragile male ego would surely be shattered or elevated by the comparison that is made between his body and the body of another man.

Women on the other hand are more comfortable with their bodies, and the comparisons that men make between their bodies would not shatter their soul, – but the spirit of the lesser men will be broken if their nakedness is compared to that of what is considered to be a far more superior male counterpart. This is one reason why they cover up so decently during the carnival season. Not because they want to take the higher ground on such a wild occasion but because they are not as comfortable in their own skin as the female homo-sapiens are. If men were naked during carnival, it would be met with mixed responses from their female counterparts which would include laughter and ridicule.

With that being said, there’s no underlying issue or no groundbreaking scientific research that needs to be done on the female homo-sapiens. It’s just the matter of us being comfortable with our bodies.