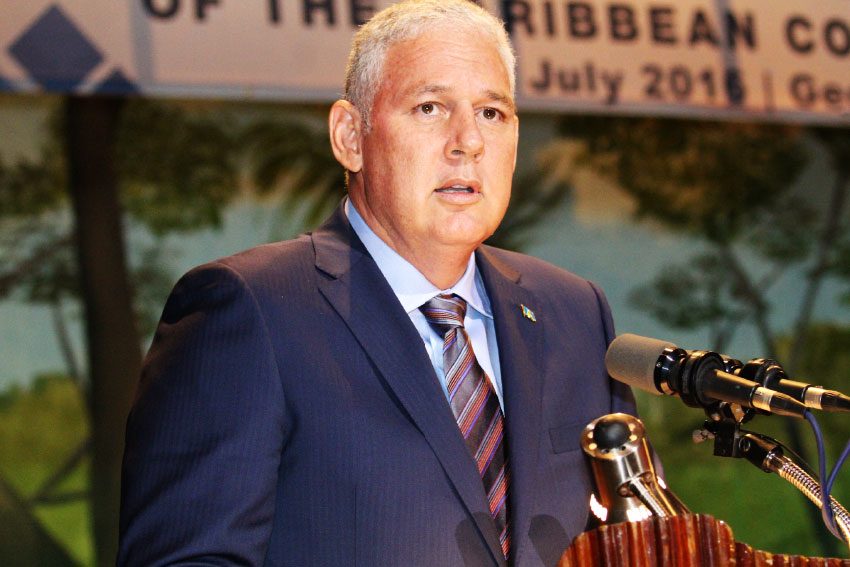 VIRGIN Atlantic has announced its intention to move out of Saint Lucia, come June 2020. While the Government and its surrogates view this as a little minor irritation I am of a contrary view. I see this as having the potential to impact very negatively on our fragile tourism industry. Saint Lucia depends heavily on tourism, and you don’t have to be a rocket scientist to figure out that airlift is a critical element of that tourism equation. Virgin Atlantic has been servicing Saint Lucia for over twenty years, and no matter how the Government attempts to play down their impending departure, we need to be assured that this is not the beginning of a trend. Virgin is a major player for United Kingdom travel.

I listened to the Minister of Tourism’s delivery on Virgin Atlantic’s imminent departure. He lamented that the airline was requesting 20 million Eastern Caribbean dollars (US$7.5) for additional weekly flights and this sum was to be paid over a three year period. He also noted that alternatively the Government was offered the options of reduced flights to Saint Lucia. The Minister noted that neither option was the best return on Saint Lucia’s investment. According to the Minister, agreeing to such a subsidy from Virgin Airlines would open the door for other investors to make similar request. This is a rather ironic statement from the Minister and this Administration considering their history of investment in much less critical private sector dealings. Interesting enough it was their guru Prime Minister who started this hefty pay off of subsidies to airlines, AA was virtually given the keys to the city by the then so-called tourism guru (the same tourism giant who keeps promising seven hotels every year for as long as we can remember).

The Minister went on to state that the Government was actively engaged in talks with other airlines to manage the fallout… yet he could say nothing conclusive on these very active negotiations. The Minister proudly boasted an 18 percent growth in the UK market, yet in the same vein the Minister fails to present a convincing reason why a twenty-year airline partner chooses a time when the market is so lucrative to pull out. One wonders while this administration is actively talking to other airlines, whether they do in fact have any plan of action upon Virgin’s departure. Has the tourism guru and Prime Minister and his tourism minister Dominic Fedee, given any thought to loss of jobs for Saint Lucians, or the loss of revenue for this country? One is left to wonder whether the reduced arrivals from the UK with the departure of Virgin would not be astronomically more than 20 million over a three year period.

After October 2019, the whole world will have to adapt to a Brexit environment; it will be a time when Saint Lucia would be better off doing whatever is possible in consolidating relationships with the United Kingdom and not a time to allow such relationships to fragment. The Antiguan Government in contrast is smart enough to maintain its relationship with Virgin Atlantic. In all this, is there a connection with Virgin’s interest in investing in LIAT and Allen Chastanet’s well stated anti-LIAT positions?

But what is even worse, this announcement from Virgin comes smack in the middle of the half a billion dollars ($500 million) to be spent on Hewanorra Airport Redevelopment, having chosen loan financing instead of the previous public private partnership (PPP), a burden to be laid on the backs of the taxpayers of this country. It has been suggested that airport tax would be used to pay for the airport redevelopment, so one is left to ask how Virgin’s departure will affect this equation. The United Kingdom is the second largest source market; Virgin represents seven percent of global arrivals so will this not affect landing fees to be collected by SLASPA? But more importantly, can this serve as a wake-up call to the Administration that it should return to the PPP model and safeguard our country from the risk of future unexpected shocks that can impact negatively on the tourism industry?

I do believe that had this Administration been more prudent with the state resources over the last three years, the populace would be more accommodating to the arguments of the Minister of Tourism. This administration has been very liberal with investing our country’s money and providing concessions to its friends, therefore it should not be surprising that Virgin Atlantic would feel justified in requesting a share of the pie, especially considering their own investment in this destination over the last 20 years. The Prime Minister and his Cabinet will undoubtedly find it difficult, based on their track record, to get Virgin Atlantic to accept NO.