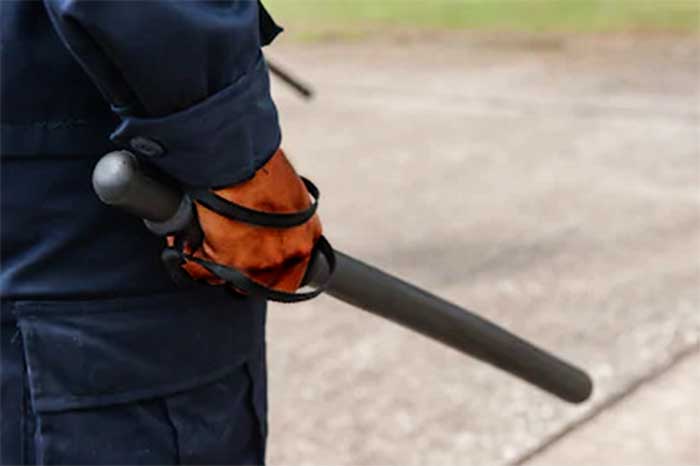 A high court judge last month awarded a young man from the south of the island thousands of dollars as a result of the actions of four police officers.

The award came more than a year after the incident involving Danny Edwidge and the officers. In the case that ensued, Edwidge claimed he was beaten and falsely imprisoned by the officers. He sought damages for assault and false imprisonment, exemplary and aggravated damages in a statement filed on 10 July, 2018.

Edwidge claimed that on 14 January 2018, he was detained by four police officers and taken to an isolated area off the main road in Black Bay, Laborie where he was beaten with a stick resulting in lesions on his forearm and a fractured thumb. He further claimed that the officers squeezed his neck and then drove away, leaving him in excruciating pain in the isolated area where they had taken him.

Court documents stated that Edwidge was taken to the emergency room at the St Jude Hospital where a finger splint was placed on an injured finger and he was referred to the Orthopaedic Clinic for further management. Edwidge reported the incident to the Police Complaints Commission on 15 January 2018, the day after the incident occurred.

Court documents noted that four officers gave evidence in support of the case for the defendant.

The officers were simply identified as Norbert, Timaitre, Xavier and SPC Raggie. The state claimed that on 14 January 2018, a team of officers from the Castries Drug Squad Unit was detailed on an island wide mobile patrol on board an unmarked police vehicle. The policemen were all dressed in civilian attire wearing blue vests with the word “Police” printed in white on the front and back of the vests. They’d proceeded along the west coast of the island recovering small quantities of cannabis, knives and scissors from several persons who were all cautioned and released.

According to the state, the officers, while driving to a beach area on the other side of Rudy John Beach Park in Laborie, observed a group of approximately 12 to 20 persons playing cards, smoking and gambling near an old fisherman’s locker room located close to the Laborie Police Station. There was a strong smell of burnt cannabis. The officers disembarked the vehicle, identified themselves and ordered everyone to place their hands where they could be seen.

Court papers stated that Edwidge was attempting to remove something from the right side of his pants pocket when one of the officers ordered him to place his hands where they could be seen but he refused.

The state, in its defence said the officers cautioned and informed Edwidge of his arrest for the use and possession of the illegal substance and that Edwidge held onto the door of the police vehicle and refused to enter it. At that point officers Timaitre and Xavier held Edwidge by the back of his pants and pushed him into the back seat between Officer Xavier and SPC Raggie. Then, the officers made a decision to take him to the Vieux Fort Police Station instead of the nearest police station in Laborie.

The state testified that while the officers were on their way to Vieux Fort, they noticed a four-wheel ATV motorcycle with a young male individual and a toddler turning off the main road onto a dirt road. The officers pursued the ATV motor cycle and drove for about ten minutes on the dirt road but lost sight of the ATV. The driver, Officer Norbert, said he eventually brought the vehicle to a halt to allow SPC Reggie to urinate. According to court reports, it was at this point that the officers decided to exercise their discretion to give Edwidge a chance and released him.

Summarising each issue separately the judge stated that having heard the evidence and observing the witnesses, she was more inclined to accept Edwidge’s version of facts.

“It is inconceivable that the policemen, with an accused seated in the back seat of the vehicle would give high speed chase after an ATV Cycle on rugged terrain for approximately ten minutes. An ATV that mysteriously disappeared. However, the police continued to give chase and eventually stopped and turned back to the highway,” stated Judge Actie.

The judge further stated that the evidence was uncontroverted that the policemen drove to an isolated location with Edwidge and then released him.

“The claimant’s (Edwidge) sole witness states, both in cross examination and witness statement, that he observed the police officers beating an individual. Officer Xavier confirmed in cross examination and in witness statement and supports the witness’ evidence when he said that he noticed movements in the bush which suggest that someone was watching. The claimant went to the Emergency Room at St Jude Hospital on the same evening of the beating. The injuries in the medical report were consistent with the claimant’s version of the abuse. The claimant went further and reported the same incident to the Police Complaints Commission on the following day. Taking all the evidence in the round, I am of the view that the claimant has, on a balance of probability, proved that he was unlawfully assaulted by the police officers,” stated Judge Actie.

Regarding the issue of false imprisonment Justice Actie quoted Halsbury Laws of England which defines false imprisonment as a “total restraint of the liberty of the person for however short a time by the use or threat of force or by confinement.”

Noting that the police have general powers of arrest and to restrain an individual in the lawful execution of their duties the judge was of the view that the issue to be determined was whether Edwidge was lawfully arrested and that the onus rested on the defendant, meaning the state, to show that there was reasonable and probable cause to arrest Edwidge.

Said the judge, “… From the response of the police officers, it may be said they had the evidence, that the claimant (Edwidge) was in possession of a quantity of cannabis and disregarded the police orders when asked to put his hands up. However, there was not any evidence that the claimant was arrested. The evidence is pellucid that the claimant’s liberty was restricted when he was placed in the back seat of the police vehicle between Officer Xavier and SPC Reggie, who were both armed. Complete deprivation of liberty for any time however short without lawful excuse constitutes a false imprisonment. I find the defendants liable for False Imprisonment as the claimant’s detention was unreasonable in all the circumstances.”

The judge further stated, “I find that the police officers’ conduct in beating the claimant (Edwidge) and releasing him in a remote area was oppressive, arbitrary or unconstitutional.”