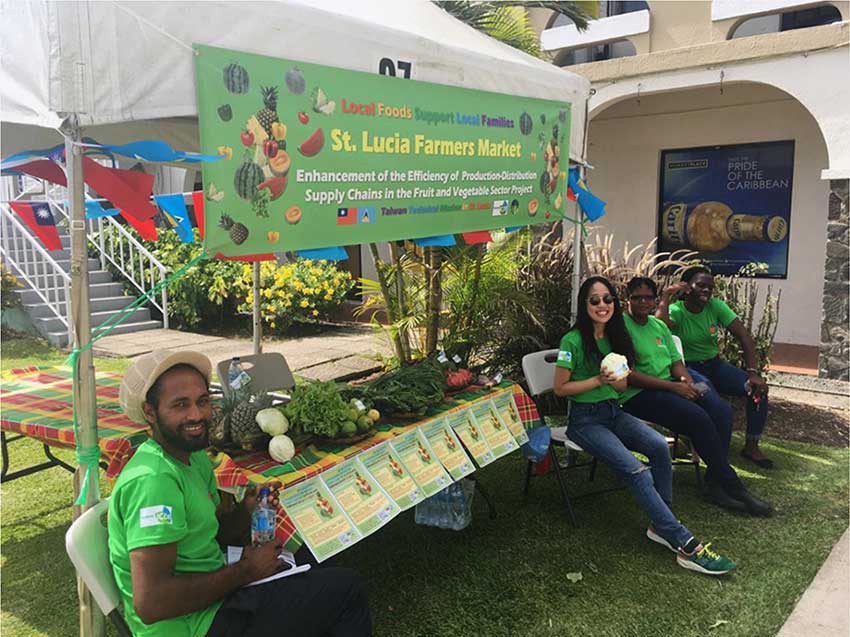 THE Taiwan Technical Mission together with the Ministry of Agriculture, Fisheries, Physical Planning, Natural Resources and Co-operatives hosted Farmer’s Market in July under the project responsible for enhancing the efficiency of production-distribution supply in the fruit and vegetable sector in Saint Lucia. The Farmer’s Market began at 8:00a.m. at the Rodney Bay Marina and ended at around 4:00p.m.

With around 185 participants present at the event, the Taiwan Technical Mission Team was able to bring awareness about the project which was the main goal of the day. Patrons were educated on ways to produce unique products made from 100 percent locally grown fruits and vegetables. They were also able to sample local artisan products.

The project will deal with multiple sides of production and marketing. On the marketing side, one goal is to host multiple farmers markets, on the other side, production will also be made to be more efficient. The Taiwan Technical Mission will work closely with extension officers on island throughout this project and have already hosted two Stakeholder Staff Meetings with the officers. One was held in Vieux Fort on Tuesday 23rd July at the NSDC building and another was held in Castries on Wednesday 24th July at the Orchid Garden Conference Room. This was done in order to facilitate both the south and north officers respectively. The officers were previously asked to survey all fruit and vegetable farmers that grow any of the following seven crops: lettuce, cabbage, pineapple, tomato, bell peppers, watermelon and honeydew/cantaloupe. At these meetings the findings of the survey were presented to them. Extension officers will be doing a second round of surveys to capture the farmers that were previously missed.

The next farmers market will be held in Micoud at the old playing field on Wednesday 28th August. Members of the public are invited to come out and support local farmers and receive free samples of their value-added goods.