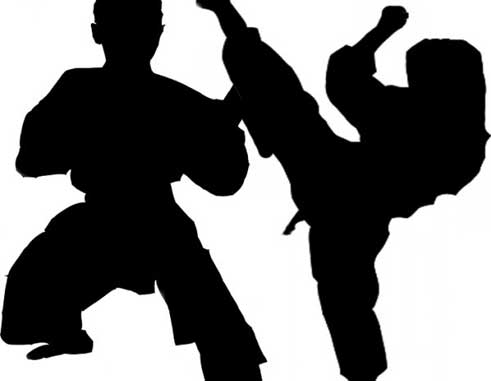 AS the old adage goes, ‘fortune favours the brave.’ Well, there is more good news for courageous Saint Lucian athletes this week as they continue to bring home the silverware, this time at the 5th Caribbean Karate Championship held in Santo Domingo, Dominican Republic.

By all reports, Saint Lucia was able to make a podium finish through Karim Sifflet who secured a silver medal in the 84+kg men’s category in the Kumite (free sparring) contest. Saint Lucia secured 9th place among the medal standings out of 14 participating countries.

The host, Dominican Republic topped the count with 69 medals.

The two man team to the championship was led by Sensei Ezra Jn. Baptiste who is the Technical Director of the Karate-do Federation in Saint Lucia.

According to Jn Baptiste, in the Kata competition, Sifflet performed creditably placing 6th among 8 contenders in the first round of competition.

Lawrence Joseph, the other Karateka on tour gave a good account of himself in male 84+ kg Kumite against his opponent but did not go beyond the first round in this event.

Jn Baptiste has expressed gratitude to the Karate Federation (President and the Executive, General Council Members, and the Technical Committee), the Saint Lucia Olympic Committee (SLOC) and all those persons and entities that enabled Saint Lucia’s participation in the championship.

The 6th Caribbean Karate Federation Championship will be held in Aruba in 2020.