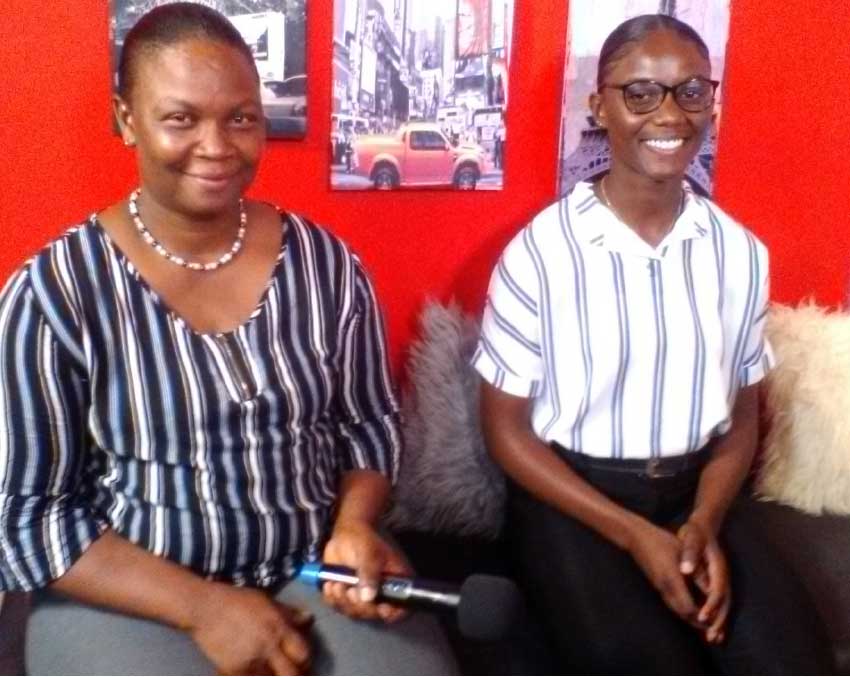 JOANNA Alfred, Club Sandals Agent at Sandals Grande loves talking about her four beautiful children. She loves them all equally, but is especially proud of what her daughter, star track athlete Julien Alfred, has been able to achieve.

“It feels really good to be Julien’s mother,” she says. “She has worked hard to become a star athlete. Julien attended the Ciceron Primary School in Saint Lucia and the teachers discovered how talented she was. They told me that I needed to get her into a sports programme. At the time she was about eight going on nine years old.”

Joanna has been with Sandals for the past 16 years. She credits the support she receives from Sandals Grande Saint Lucian Spa and Beach Resort as a major reason why she has been able to support her daughter’s sporting career.

“Mr Anderson (Managing Director of Sandals Saint Lucia) has always been so supportive. I actually started in the Stewarding Department, and took the challenge to move to Club Sandals as soon as I got the opportunity.” The stability Joanna found at her workplace afforded her the chance to help Julien pursue a track career.

She met with Coach Cuthbert Modeste which made it a little easier to move forward with plans for Julien’s future.

“He is Saint Lucian and wanted to train Julien at the Mindoo Phillip Park,” she says. “I met with the coach and I liked him. He really looked after her.”

Once Julien sat the Common Entrance exam it was uphill from there. She attained a place at the Leon Hess Secondary School, and after two years was able to transfer on full scholarship to continue her education in Jamaica and be trained by a Jamaican coach.

At the time she was just finishing form two, and her mother Joanna was very nervous.

“We discussed it then I went to Jamaica to visit. It was a long process but we got approval and finally she left on a full scholarship to Jamaica. She ended up finishing third form and completing fifth form in Jamaica. She did not do the sixth form programme, but instead won a full four-year track scholarship and has been studying in Texas.”

When Joanna is not talking about her children, she cannot help but talk about Sandals. Today, Joanna stands head and shoulders above the rest as the only female in a department traditionally dominated by men. She hauls her cart around the resort, delivering supplies to the rooms as required.

Joanna says, “My biggest struggle is trying to be involved in everything my daughter does. I almost gave up. If you want to succeed you have to keep going. Their father passed away during the process and so it was harder for me because I had to be both mother and father. But my family keeps me here at Sandals and I have to say thanks to them. The company has treated me very well, and the children have gotten scholarships to assist with their education.”