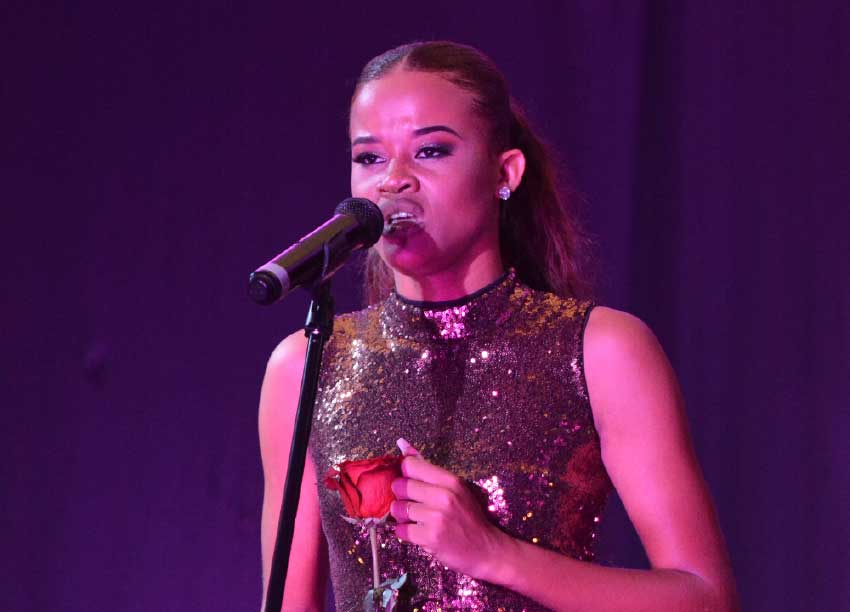 Memories of the 2019 Sandals Festival of the Arts have faded now for most team members. However, for Tasha Fanus and Johnnel Leo, every day is still a vivid reminder of their recent wins as they were among the contingent representing Sandals Saint Lucia at the main event held in Jamaica. Tasha, a big crowd favourite, emerged from the region-wide competition as the winner, Spoken Word Category. Johnnel thrilled the audience with her honey-coated voice, capturing the win in the Female Vocalist category.

Tasha Fanus is no stranger to beauty pageants and competing on the big stage. In 2018, she captured the 3rd runner-up prize in the National Carnival Queen Pageant. She joined the Sandals family in Saint Lucia, starting her journey at Sandals Regency La Toc Golf Resort & Spa. She moved to Sandals Grande St Lucian Beach Resort & Spa as a Playmaker.

Tahsa still remembers the thrill that she got from her first stage performance. “That show was amazing. It was my first big show. I learned a lot. I’m not the same, and thankful for all these opportunities. I also owe a big thank you to Trevor King who is now the Regional Group Creative Manager at Sandals Resorts International.”

She says that she started performing Spoken Word just out of interest. Then she discovered a piece called “The Lust Letter”. “Rehearsing it became a part of me; I understood the message. Then I had to leave Saint Lucia to perform for the first time in the Sandals Festival of the Arts. I was nervous, and I did not think I was capable or strong enough. But I delivered; I loved the experience and I had everyone’s attention. I would do it again.”

Johnnel Leo, the proud mother of a 6-year-old, was another member of the Saint Lucian contingent participating in the 2019 Sandals Festival of the Arts. “I love to sing. I have always been a singer and I come from a family of singers. My biggest win before this was in 2017 when I participated in the National Youth Fest Pageant and won.”

She says this win was a big confidence boost, and prepared her for the 2019 competition in Jamaica. “I competed in the Female Vocalist Category. Going in there I wanted to win.  I was pacing myself, resting and not drinking. I was really trying to take care of my voice. I had no dairy, and no sugar. I take my vocal care very seriously.”

Johnnel’s big dream is to become a recording artist. “I was afraid of my voice. Before the Festival in Jamaica I never had the courage. I had massive stage fright. But since I won, I am on a roll now. I was actually discovered by Sandals, during a pageant that was held at Sandals Grande St Lucian Beach Resort & Spa in 2018. And that was it. There was no turning back. My daughter is my motivation. I do it so she knows it’s possible.”

Both Johnnel and Tasha are thankful for the assistance and guidance that they have received from their Regional Manager Trevor King. Himself a creative person, he acknowledges the talent on his team. “I am very fortunate to work at Sandals Resorts International. The team members we attract in Entertainment are so talented. I get tremendous pleasure from working with them, and fine-tuning their skills. I also congratulate Tasha and Johnnel for their splendid work in Jamaica.”