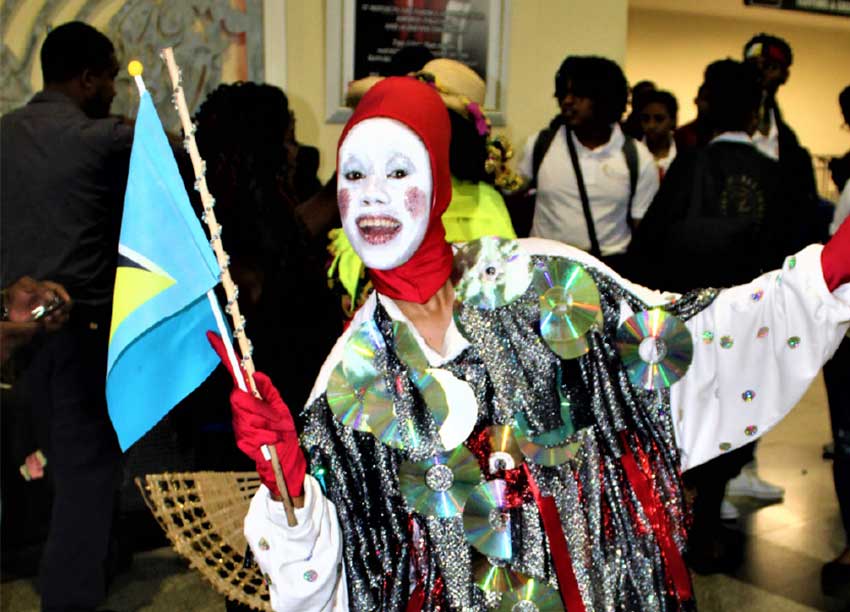 The production management and craft teams left Saint Lucia the day before to put in place the structures needed for a smooth flow of their operations as well as to welcome the second contingent.

“A Little Folk Tale”, a theatrical performance directed by Drenia Frederick, will form the major part of Saint Lucia’s presentation at this year’s CARIFESTA. Following two successful showings on August 9 and 11 at the National Cultural Centre in Saint Lucia which sparked rave reviews, the cast will bring their talents to Queen’s Hall in Port of Spain on Saturday, August 24.

Another excellent theatrical production, Hayden Forde’s “Silent Scars”, will also be staged at this year’s festival.

While in Trinidad, the delegation will benefit from several workshops and other facets of the festival that will allow them to network and interface with people from across the region.

CARIFESTA XIV runs from August 16-25 in the twin-island republic and will, as it has done since its inception in 1972 in Guyana, celebrate talent from the region. At its core, CARIFESTA brings together the Caribbean’s best and brightest artists in various fields of the arts. This year’s theme — “Connect, Share, Invest” – underscores CARICOM’s goal of integration using the arts as a powerful vehicle.

National delegations from over 20 Caribbean countries will converge in Trinidad and Tobago – deemed the Mecca of Carnival and one of the region’s major cultural hubs – to showcase and market their cultural and creative talents.

The various shows spanning ten days will be hosted at venues across Trinidad, including the National Academy of the Performing Arts, Queen’s Hall, Naparima Bowl and Shaw Park Complex. Activities will also be hosted on a community level throughout Trinidad.

A major highlight of the festival is the CARIFESTA XIV Grand Market at the Grand Stand Queen’s Park Savannah where festival goers can shop, dine and lime.

Visit www.carifesta.net for more information about this year’s festival.