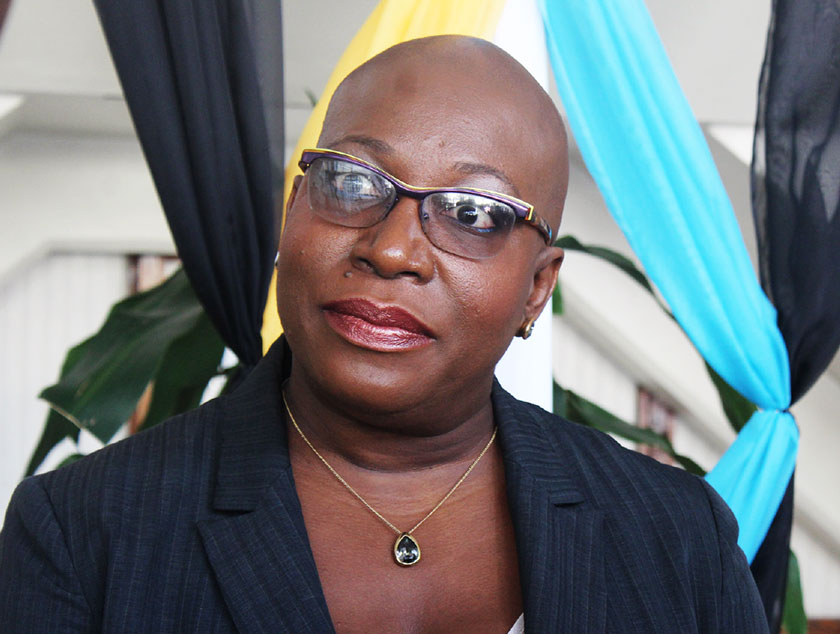 NOT all schools on the island will re-open on Monday, the official re-opening date for schools and a perennial problem successive governments have tried their best to erase to no avail.

However, the delays do not look to be as long as in previous years, according to Education Minister Dr. Gale Rigobert Thursday on the Government Information System show ‘In Focus’.

The Minister did not name the schools that would be affected, however she begged the patience of teachers and principals of these schools.

“I wish I could say that all the schools are ready for re-opening on Monday,” Rigobert said, adding that no one in her Ministry nor herself was happy that some schools would open a day or two late, suggesting that some of the delays are due to ongoing work on the premises of affected schools.

While classroom retrofitting and construction work on school premises takes place whenever school closes, especially during the summer, this year the preparation for the school year did not focus only on the reconstruction of buildings but also on the professional development and training of teachers and educators.

The government it seems is moving towards tweaking the school’s curriculum by introducing, albeit on a step by step basis, smart classrooms, an assertion by Rigobert who referenced her government’s collaboration with the Organization of American States (OAS) and the Government of Taiwan in the creation of such classrooms.

“The intention is for the entire school system, overtime, to have access to equipment and to have more classrooms in more schools with computers so that more students can access these tools,” Rigobert said. “The goal is really to ensure overtime that we can boast that every classroom in Saint Lucia is a smart classroom,” Rigobert said noting that this will not happen overnight, hence the reason the government is so grateful to the OAS for its programme that may cause this to happen.”

As with last year, $10 million was allocated for capitals works and rehabilitation of schools on the island and according to Minister Rigobert that amount is just about a quarter of what is required to bring all schools up to a decent, habitable and aesthetically pleasing level.

“Sometimes you feel like a hamster on a treadmill in that you are exerting so much pressure, doing a lot yet it amounts to so little because there’s so much to be done,” the minister said.

Rigobert said this year a lot of the rehabilitation efforts in schools were done during the Easter holidays. Moving forward she says some of the administrative hurdles that caused delays in the re-opening of some schools would be addressed.

Regarding the prolonged vacancy of a principal at the Sir Arthur Lewis Community College, the Education Minister said the college’s Board of Directors had advised her that an announcement in that regard would be made soon.

There are several challenges confronting the college the least of them being its aging infrastructure and its seeming inability to get its act together in moving towards a university college, something that has generated much talk over the years both within and outside the college’s management team.

Rigobert said that several of the historic buildings that make up the College have deteriorated to the point where they are inhabitable. Although government had been able to make some progress in reconstruction of some of the buildings – an allocation of $3 million had been set aside for that project, challenges still confront the institution.

The Minister associated the problems of the College as being cultural, institutional, and physical – meaning its physical structure, the status of its teachers/lecturers, leadership, its continuing relevance, repositioning and more.

With regards to SALCC gaining university college status in its present state, the Minister was frank in stating that to her this will remain an ambition, however she indicated that in order for that to happen the College needed to reach a sustainable standard.

“I think the Sir Arthur Lewis Community College has all the ingredients to be positioned as a very good community college,” Rigobert said, adding that she wanted SALCC to become the college of choice for all Saint Lucians.