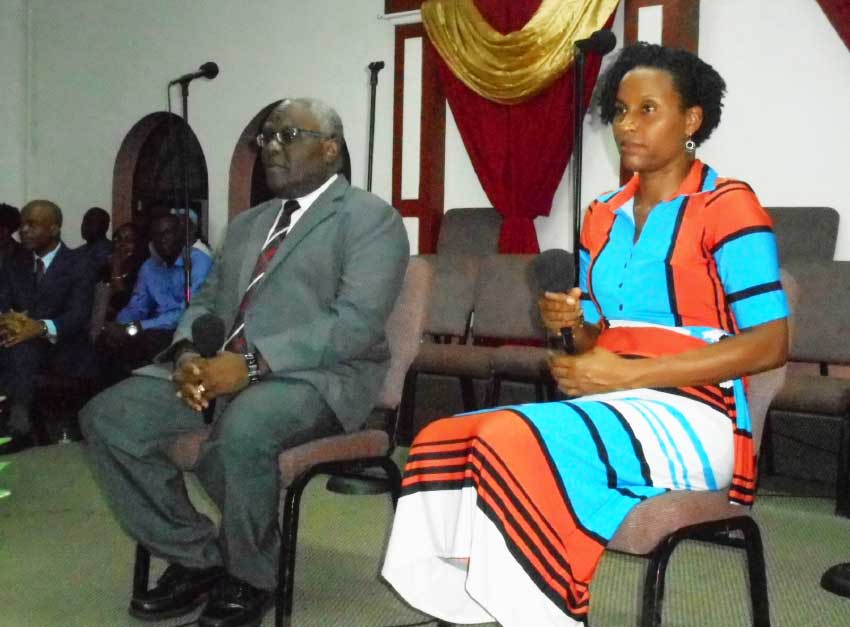 SPURRED by a press release which stated that the Saint Lucia Pride committee had launched a logo and theme in preparation for the first ever public Lesbian, Gay, Bisexual and Transgender (LGBT) pride celebration and March on August 23-26, the Victory Pentecostal Church in Vieux Fort held a meeting, where the judiciaries and universities were lambasted for supporting the LGBT agenda.

However, the release was reported to be erroneously posted on the LGBT Facebook page.

The Pentecostal Assembly of the West Indies (PAWI) has always vehemently opposed the existence of such a committee in Saint Lucia, which it reiterated at the meeting which was held on Friday in Vieux Fort.

The guest speakers at the meeting, Professor Wayne West, a medical doctor and professor of the University of the West Indies (UWI) and Philippa Davies, an Advocacy Officer of the Jamaica Coalition for a Healthy Society, both from Jamaica, heavily criticized the judiciary and universities for supporting the LGBT agenda. They did so without mincing words as they sent a strong message to Saint Lucians. During their presentations they also made some startling revelations about the victimization of persons who have refused to adhere to the LGBT agenda.

The meeting generated much discussion among the large gathering who described it as educational and informative.

In addressing the gathering Professor West said: “Some aspects of the universities have become foolish and are pushing an agenda that does not make sense. The universities are corrupt. They’re gone, they’re thinking wrong…”

He said that there are persons in the universities and judiciaries who are trying to “impose their wrong thinking upon us”, adding that there is a lot of nonsense taking place there.

West revealed that in Canada, more than half of the cases of AIDS were contracted by men who had sex with men.

He added that what we will hear is that the reason for this is because of stigma and discrimination.

According to West, there are professors, judges and doctors, who were victimized for standing up against buggery.

He said the increase in the number of cases being taken before the courts to give the LGBT community certain rights has nothing to do with human rights, adding that it is just a “set up.”

According to him, the United Nations (UN) does not create rights and there are no rights to abnormal behaviour.

Davies, in her presentation, detailed what she described as propaganda which was being spread in high places to push the LGBT agenda, which she said, pushed an agenda of “human wrong” instead of “human rights”. Davies condemned the victimization meted out to persons who refused to push such an agenda and the wrong research methods by scientists to support the LGBT objective.