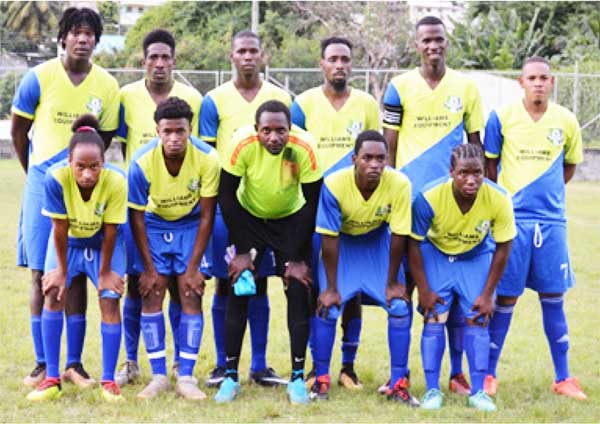 The Saint Lucia Football Association (SLFA) Inc. National Lotteries Authority sponsored Island Cup returns to the Marchand Playing Field this weekend as the tournament enters week No. 7 with four matches on the cards.

This weekend’s round of matches are significant to a number of teams as they look to cement their position in the top four of their groups.

On Wednesday 28th August, the action continued with a double header at the Fond Assau Playing Field in the sixth round of matches. In game 1, Canaries who have already qualified for the semifinal round defeated Mon Repos 1 – 0.

On the pitch, the action was fast and furious and despite the exchanges, neither team was able to find the back of the net as the half ended goalless.

However, in the end Canaries prevailed securing their position at the top of their Group.

In the second encounter Dennery did their chances of qualifying a lot of good by defeating their neighbours Mabouya Valley 2 – 0.

It is quite apparent from the group points standing that this weekend’s matches will definitely have a significant impact on the future of a number of teams in this competition.