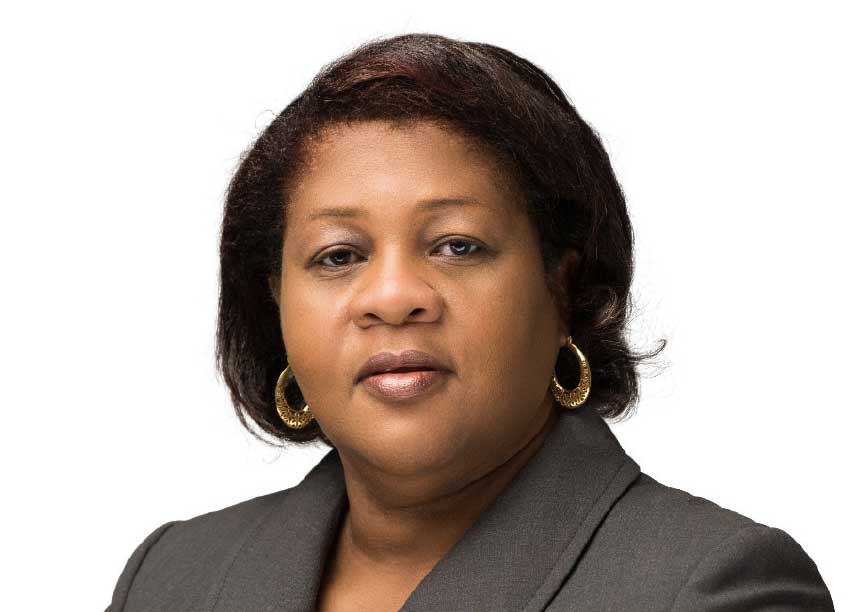 On July 1, 2019 Distinguished Toastmaster (DTM) Sonia Monrose, Immediate Past President of the Public Service Toastmasters Club assumed her position as the Club Growth Director, District 81 (Caribbean), for the Toastmasters Year July 1, 2019 to June 30, 2020.

DTM Monrose was one of two competitors who vied for the position of Club Growth Director at the District’s annual conference which was held in Bonaire, Dutch Caribbean during the period May 16 to 20, 2019.  She won her position handsomely having won more than 75 percent of the votes cast.

The Club Growth Director (CGD) is one of three positions on the District Trio – the District top Executive.  In her new role DTM Monrose will be responsible for all aspects of marketing, club-building and club-retention efforts within the district. This includes defining an overall marketing strategy for the district, developing outreach and retention efforts with existing community and corporate clubs and penetrating new markets. Additionally, the club growth director supports challenged clubs and helps them to become Distinguished Clubs.

Her advancement to that position also creates Toastmasters history in Saint Lucia as she is the first Saint Lucian to be elected to the Trio.

DTM Monrose will be working with Toastmasters in Saint Lucia and throughout District 81 which spans from Turks and Caicos in the north down to Guyana in the south comprising clubs in the English, French, Spanish and Dutch speaking Caribbean.  The District comprises almost 8,000 members in 170 clubs in 24 territories with Saint Lucia being home to only two clubs.

The new Club Growth Director is anticipating a change in the Toastmasters statistics in her home territory before the end of her term in office, particularly as there are other parties interested in hosting the Toastmasters Programme as a training tool for their organizations.

Toastmasters International will ensure that the officer is adequately prepared for her role by providing extensive training and constant follow-up sessions and meetings.  The District officers will undergo a Pre-District Leader Training online in July; face-to-face District Leader Training in August in Denver, Colorado and mid-year training in January 2020 in New Orleans, Louisiana.

DTM Monrose is no stranger to the District Executive as she has previously held two other positions at a lower level.  During the 2015-2016 Toastmaster year she led Division C as the Division Director.  Under her jurisdiction were the Area Directors for clubs in Saint Lucia, Martinique, Dominica, St Vincent and the Grenadines, Barbados and Guadeloupe.  Her exemplary performance brought the Division to Select Distinguished Division, having met the programme set by Toastmasters International which included inter alia, ensuring that clubs achieved their missions and fulfilled their responsibilities to their members.  Before her elevation to Division Director in 2014-2015, DTM Monrose also served as the Area Governor for Area 17,   when she was responsible for clubs in Saint Lucia, Martinique and Dominica.  Again her Area was recognized as a President’s Distinguished Area.  To enable the clubs to succeed the Toastmaster participated extensively in several promotional activities with her team some of which included radio and television activities.

At the club level the Toastmaster was the initiator of the Public Service Toastmasters Club which was chartered in 2011 and since then has functioned in five of the seven positions on the executive, including twice in the position of President.

The Toastmasters team wishes DTM Monrose well in her new position as Club Growth Director with confidence that her extensive Public Service career and leadership training, dedication, resilient spirit and passion for Toastmasters will enable her to excel in the position.