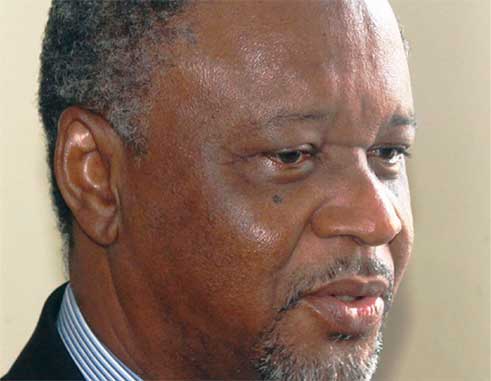 NATIONAL Security Minister Hermangild Francis has declared that the Royal Saint Lucia Police Force is in the process of being “beefed up”. The process includes the recruitment of 40 new police officers, the elevation of existing Special Police Constables and the addition of new technologies to enhance the standard of national security. The Minister made the announcement on Monday, August 5th at the Office of the Prime Minister.

Francis also emphasised the Government’s plan to strengthen border control by making significant changes to the Immigration Department, which involves the utilisation of new technologies and expertise. In addition to the subject of border control the Prime Minister, who was also present, stated, “I want to reassure all Saint Lucians that my Government and my Cabinet are doing everything that we have to do to secure this country.” On that note the Prime Minister stated that the Government was working on the establishment of a relationship with the Port of Miami in order to procure a container and cargo scanner in order to prevent the entry of illegal arms into the country. The Prime Minister said that a marine radar system was currently up and running for the detection of approaching vessels.

Chastanet stressed that crime reduction was a major priority and that it was important to tighten the border to keep illegal guns out and to equip the police with metal detectors for locating guns after they have penetrated the borders. He said the standard of security for all Saint Lucians must be the same regardless of the communities in which they live. The Prime Minister went on to announce that, “All the necessary resources, the priorities that have to be given, the protocols that we must do and overcome to be able to ensure that people in this country are secure… all of these measures have been taken.” In addition to this, Chastanet indicated that 40 special police officers will be recruited as foot soldiers. These new recruits he said, “Are going to be present in the hot-spots, and we have seen that once there is that physical presence in the communities, particularly in the hot-spots, that crime drops significantly.”

The Prime Minister reported that the Government was on-track with its commitment to reduce crime by 10 percent this year. He claimed that the reduction was partly attributed to a special task force that patrols the various communities on a regular basis. The Prime Minister noted that equipment at the different police stations was nearly depleted at the time that his administration took office in 2016. He announced that these hindrances to police have been and continue to be addressed.

Prior to the Prime Minister’s address, Francis proclaimed that the government, through its actions, continues to prove its interest in the police force. “Never before have the police officers been treated in the manner in which they are being treated,” he began, “and so it shows within the UWP, there is this passion for the police force, and we are going to do everything within our power to give them the equipment and the manpower to do their job.”