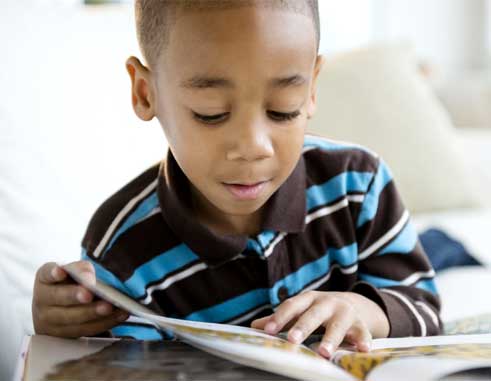 During the first stop at Laborie Boys Primary, Mr Evans read the popular children’s fairytale “The Little Car that Could” to students in Grade K and Grade 1. Ms. Norbal explained that the story’s theme was one of encouragement and never giving up. She said, “The moral of the story resonated with the youngsters and encouraged them to believe in themselves at all times and in all situations”.  There was another treat for all when young Laborie Primary School student Isaac Poleon, who holds the school’s most consistent reading record, demonstrated his reading skills to his schoolmates.

During the second school visit to Fond St Jacques Primary School, poor weather prevented TEAM RUBIS from hosting the reading session outdoors as well as a demonstration of how the Rubis sponsored Mitsubishi Lancer Evolution VI car works. Instead, the students were entertained by Mr Evans while he read the appropriately titled story “The Race Car Champion”, which was followed by questions from eager students about his champion driving skills and car.  The excited students at both schools were given branded exercise books and lunch bags from the RUBIS team.

TEAM RUBIS said reading month was an important annual event on the schools’ calendar as it highlighted the strong correlation of this activity to literacy.