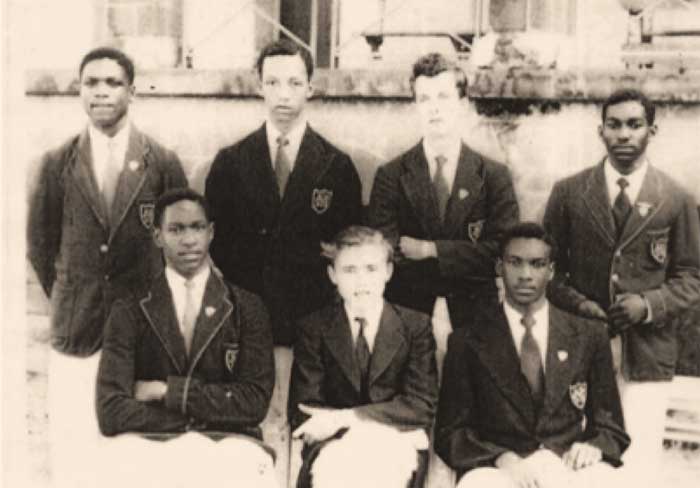 The following is Part 2 of a 3 Part Series of the Prologue of the publication St Mary’s College ‘The Caribbean’s Nobel Laureate’ School by Calixte George.

This embraces a wide range of non-academic activities. The discourse of these begins with reference to Spiritual Development which the author states is centred on the Catholic character of the school. Historically the Catholic Authorities always assigned a Rector/ Chaplain to the Institution. Some prominent Priests who featured in this role include Rev. Fr. Tapon, Rev. Fr. Harcourt, Rev. Fr. Jesse in the early period and Fathers Joseph and Emil Vrignaud in the era of the Presentation Brothers. The Spiritual interventions of these Chaplains and the importance of Religious Knowledge may have influenced the elevation of over 10 young men to the Priesthood within just over a single generation of students in the 50’s/60’s. In the Modern Era Roman Catholic Priests who served as Chaplains included Msg. Patrick Anthony, Msg. Theophilus Joseph, Fr. Cecil Goodman and Fr. Linus Clovis. 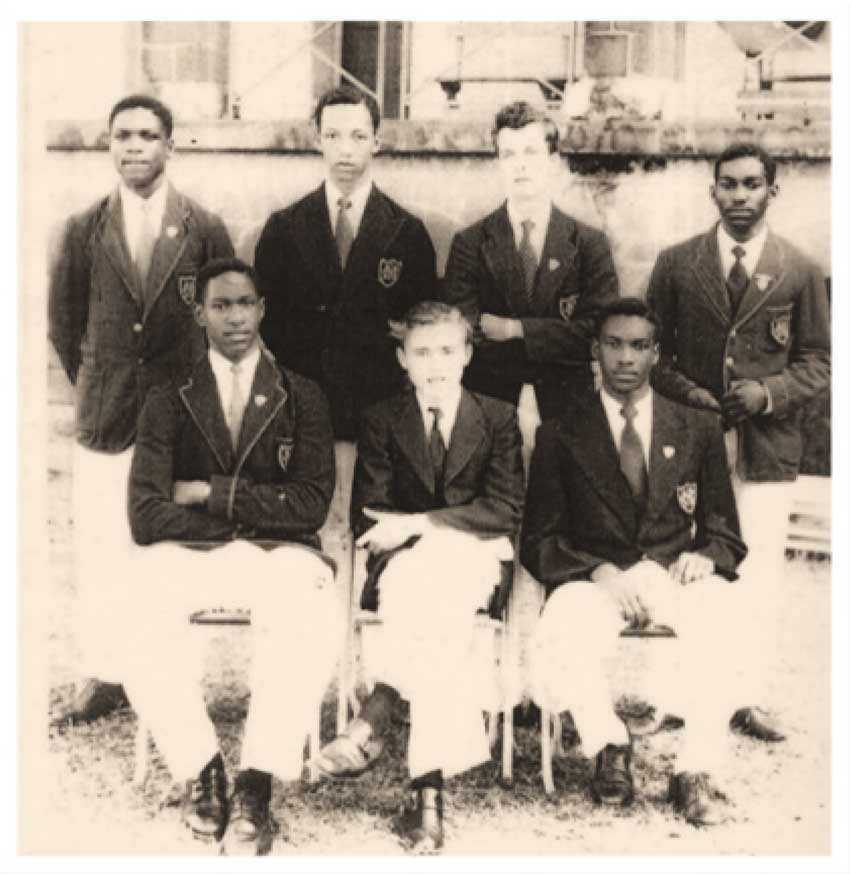 Reference to Games focussed mainly on cricket, football, and athletics both within the school and national interclub competition. Calixte’s outline of composition of teams, events, personalities and achievements virtually ensured that all currently living Samarian sports enthusiast can relate to some team, sporting events or anecdotes connected with these historical activities. Distinctive reference was made to the 1948 Inter Schools Tournament held in Saint Lucia with St. Mary’s College being victorious in the three major sports, cricket, football and athletics becoming the first and only school to have achieved this in the history of these tournaments.

Dramatic Arts was historically a feature event on Speech nights. The entry of Kendall Hippolyte to the staff of the College in the 80’s re aroused interest in this area and he provided direction and guidance to a nascent drama group to form the St. Mary’s College Drama Group which established a very high reputation following its production of “Malfini” by Roderick Walcott.

Calixte noted that throughout its life St Mary’s College Masters have always encouraged their students to write Poetry. A list is provided in the book of Poems and Poets published in St Mary’s College Annual Magazines over the years. Pre-eminent in this regard was the reference to the first publication of Derek Walcott’s 25 Poems and the latter’s resulting acclaim to be of outstanding promise in that area.

The Wall Magazine was accessible to all forms and students of every age. The Editorial staff usually served on the Editorial staff of the St Mary’s College Annual Magazine. Calixte notes that the magazines which have survived abound with several compositions written by students and provide list of Articles, Author, and year. He contends that many of the feature articles could be considered anticipatory of the future career paths of the Authors and he lists examples of these in the book.

Visual Arts started in the late 40’s with Derek Walcott, Dunstan St. Omer and Leo St. Helen as apprentices under the guidance of the legendary Harold Simmons. Walcott began teaching Art at the College in 1949 but left for University shortly after. This subject lagged for many years but came alive again when Luigi St. Omer joined as Art Master in the 80’s. Together with some talented students they organized the first Art Exhibition of the College. They later coalesced to form the Art Troupe and took part in Exhibitions in many countries.

The Musical art form took hold in St Mary’s from the school’s inception. Initial Choir Masters were Catholic Priests serving the Church in Castries. Notable among these were Fathers Jesse and Dunford. During the era of the Presentation Brothers notable Choir Masters were Bro. Macartan Sheehy, Bro. Liam and Bro. Anthony Sheehan. 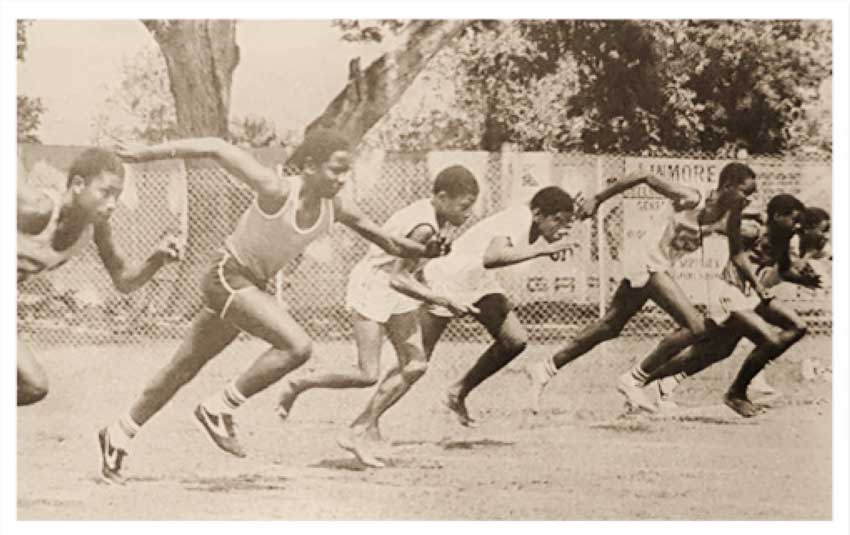 Calypso became a Musical Art form at St Mary’s in the late 50’s through the prominence of Pancreas Mc Griffin Theodore (Blakes) who won a number of National competitions (successively ) as the “Mighty Terror”. With the growing popularity of Pop music, a large school band was formed in the 80’s which developed in popularity as an entertainment group in which currently renowned musician Richard Payne was a member. Mr Seon , then a Master , with the blessings of Mr. Mondesir, planned and executed a Cultural Extravaganza which was held annually from 1982 to 87.Extravaganza has since been succeeded by a new musical form, “Talfest”, which has become an annual affair. Samarians also played a significant role in the development of Pan Music with some individuals of prominence in this regard being Roddy Walcott, Augustus “Pan” Andrew and Antonius “Secra” Gibson.

A variety of rules and regulations and codes of behaviour were in effect at the College. Some were applicable at all times and in all places. There were class room rules and behaviour codes. Various forms of punishments were applied depending on the nature, severity, and frequency of the offence. Prefects played important roles in enforcing disciplines at the school, on the fields of sports and outside the school environment.

The Author explains that loyalty was intended to be one of the most distinguishing characteristics of Samarians. Of specific significance to the culture of the school was loyalty to the students House viz. Rodney, Tapon, Abercombie or Presentation which was consolidated by fierce inter house competition.

Editor’s note: Part 3 of the Prologue for St Mary’s College ‘The Caribbean’s Nobel Laureate School’ by Calixte George will be published in a subsequent edition.