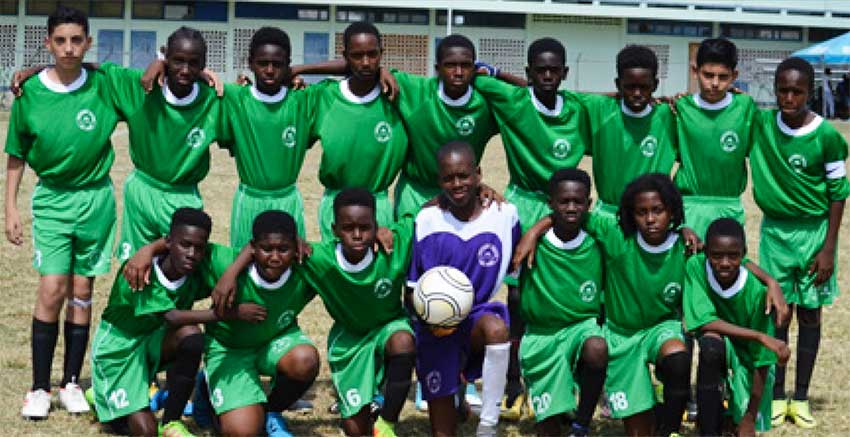 The 2019 Saint Lucia Football Association Inc. Under-13 Zonal Club Championship which commenced in May 2019 has now reached the concluding stage.

Due to the unavailability of the SAB Playing Facility, the final has now been earmarked for the La Clery Playing Field today (Saturday 6th July) from 12.00 noon. This will be preceded by the Third Place Play Off at 10.00 a.m.

Flow Lancers FC and Northern United All Stars emerged as the finalists out of a total of fourteen Clubs who participated in this prestigious youth club championship.

How the teams got to the finals:

In semifinal No.1 which was played last weekend at the SAB Playing Field, Northern United All Stars defeated Black Panthers 3 – 2.

For Northern Untied All Stars the goal scorers were – Lyndon Alcindor in the 19th minute, SamiesLouisson in the 25th minute and Kendrick Antoine in the 65th minute.

Scoring for Black Panthers was Cy Alcindor in the 11th minute and Emmanie Butcher in the 30th minute.

In semifinal No.2 Lancers FC defeated Uptown 5 – 0; Lancers FC was boosted by a hatrick by Leshaun Paul in the 15th, 41st and 58th minute. The other goals were scored by Nwaheem Temy in the 1st minute of play and Venroy Alfred in the 29th minute.

The Third Place Play Off will be played between Uptown out of Vieux Fort and Black Panthers of Soufriere.

Today’s final showcases two teams who are equally matched in the offensive and defensive areas. Once the match gets underway, the execution of team strategy, discipline and mental toughness shall determine the victor.

This Club Championship ultimately provides an opportunity for the SLFA scouts to further augment the national pool of young footballers in preparation for CONCACAF preliminaries for 2020.

Evastas Augustin who is responsible for Events and Competition at the SLFA said, “I am seeing a lot of talent and a lot of potential. The objective of this tournament is to identify the youthful talent at a very early age so the technical staff of the SLFA can bring them together at least one year before they participate at a higher level, which would be the CONCACAF Youth Tournament in Florida.”

The Prize Giving Ceremony for both the Under-11 and Under-13 happens immediately after the games.