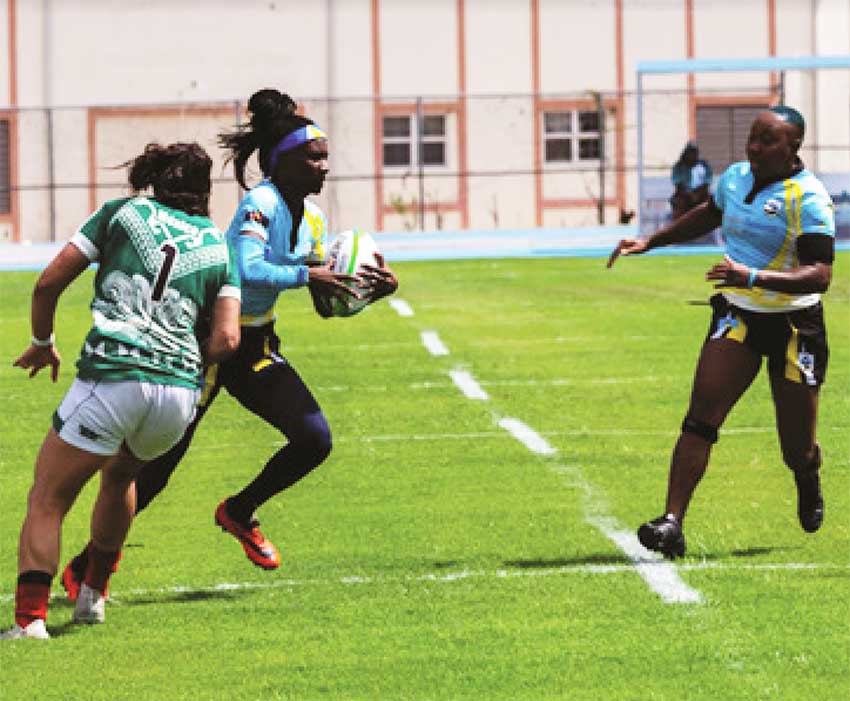 The Saint Lucia Women’s Rugby Team left the island on Thursday 18th July for Barbados to compete in the Rugby Americas North (RAN) 10-A-Side Tournament, the tournament taking place at the Bellevue Plantation Polo Club and ending on Sunday 21st.

According to SLRFU, the four day tournament will feature a number of male and female teams from around the region.

The Women’s 10s tournament is entering its fourth year with an increase in the number of teams competing, and also the quality of play.

Saint Lucia is placed in Group A alongside the USA, Trinidad and Tobago and Curacao.

The Saint Lucia women’s team recently returned home from the RAN 7-A-Side Olympic Qualifier in the Cayman Islands where they gave a brilliant showing of their rugby skills and easily secured the third place silverware.

President of Saint Lucia Rugby Football Union, Roger Butcher, who is also travelling with the team as Manager, took the time out to congratulate the 15 ladies selected to represent Saint Lucia on this momentous occasion.