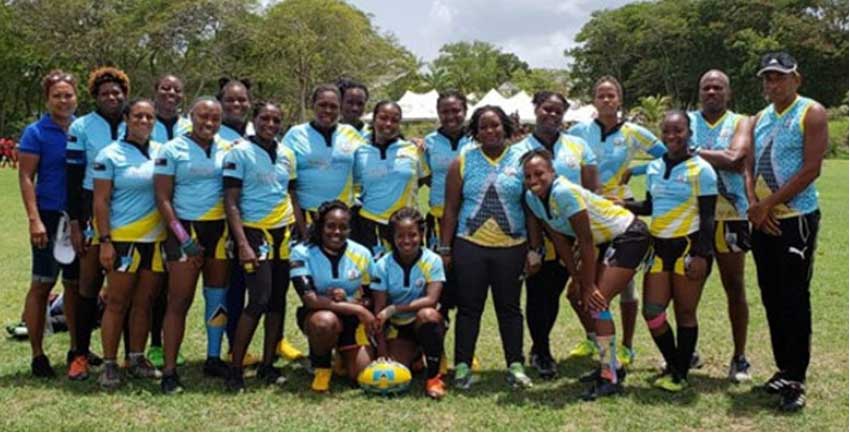 When the final whistle sounded, Mexico emerged as champions in the eight female teams that took part in the Tournament.

On the first day of the tournament, Saint Lucia lost to USA South 10 – 17. In the second match Saint Lucia defeated Trinidad and Tobago 17 to 5 and in the final match on Day one Saint Lucia breezed past Curacao 47 to 0.

On the pitch, Saint Lucia’s highest scorers in the tournament were Winnie Rene with 20 and Kameka President with 19 points respectively.

The Saint Lucia Rugby Football Union (SLRFU) also recorded another first in the tournament as Chantel John became the first Saint Lucian female referee to officiate at the competition. At previous RAN tournaments John operated as an assistant referee.

SLRFU President, Roger Butcher stated that he is very pleased with the team’s performance. He said the success of the team was due to a concerted effort by all team members, support staff and financiers.

He said, “The participation in this tournament was one of the major milestones in the SLRFU’s 4-year strategic plan.  The Saint Lucian Team has been receiving accolades on their performance from both local and foreign supporters”.

When asked about upcoming rugby events Butcher said, “Next month there will be the rugby community 7s; In September, Youth Rugby; In October, RAN Men’s 15s against Saint Vincent and the Grenadines; In November, Beach rugby and December, Barbados World Rugby 7s”.