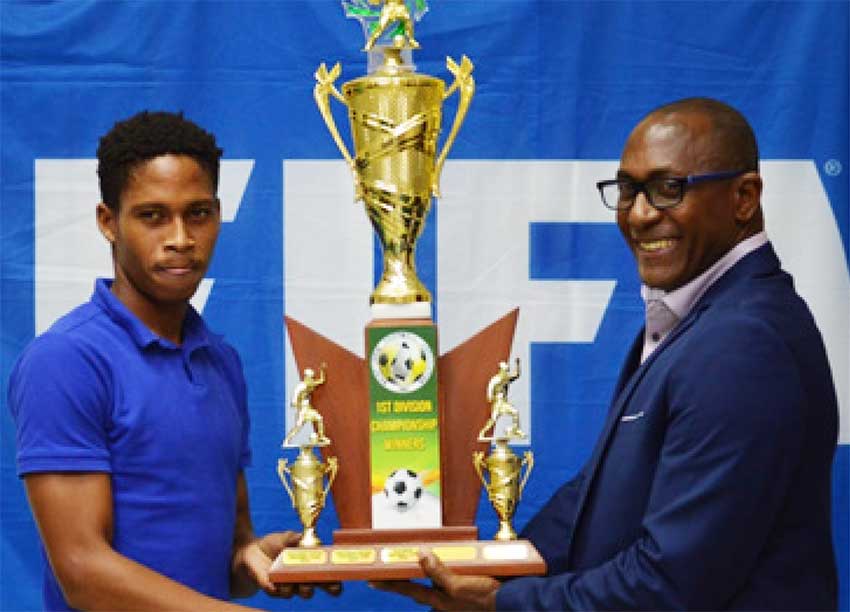 The Prize Giving of the 2019 First Division Championship which began in February and ended in April took place at the Bay Gardens Haven Marina Wednesday evening.

Ten teams participated in which forty five matches were played with the outcome being determined in the final round of matches.

At the end of it all defending champions Platinum FC regained the championship with a total of 23 points. However, they prevailed by virtue of a better goal difference. In second position was Uptown also on 23 points with VSADC coming third on 18 points.

Apart from the presentation of the major trophies, other individual awards were presented.