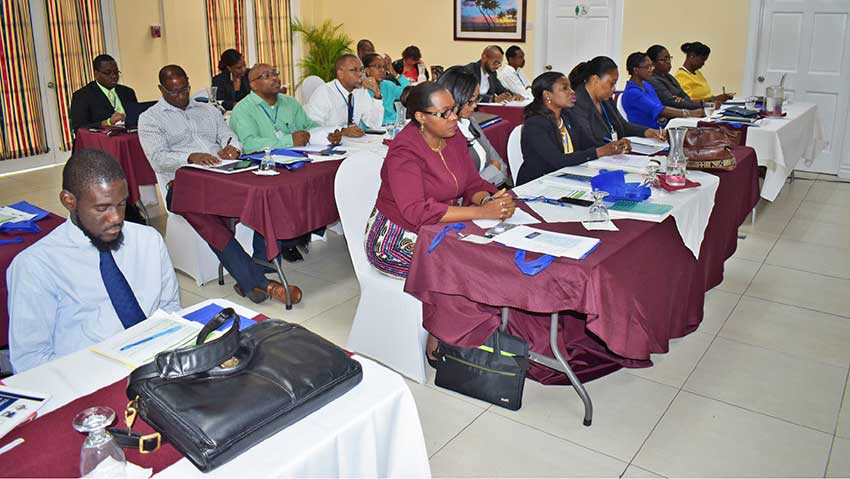 On Wednesday July 3rd, the IMPACT Justice Project hosted a workshop for ‘Sound Policy for Better Law’ at the Bougainvillea Conference Centre of the Bay Gardens Hotel, in Rodney Bay. IMPACT Justice is a multi-country regional justice sector reform project, which is funded by the Government of Canada in order to improve access to justice in the Caribbean.

The purpose of this project is to foster and enhance access to justice for the benefit of all persons and businesses within the CARICOM Member States, by strengthening legal frameworks, improving legal professionalism and legal services. The project also aims to facilitate alternative dispute resolution mechanisms in order to resolve disputes in their earliest stages without having to resort to court intervention. The dissemination of legal education and information is also one of the priorities of the IMPACT Project.

A number of topics such as the nature of legislation and the development of legislative policy were discussed at the commencement of the workshop. The drafting of legislation to further the objectives of the CARICOM Single Market and Economy (CSME) and the OECS Economic Union, as well as for the implementation of legislative agendas, was examined. Dr. Eileen Boxill expounded on the characteristics of good legislation. She emphasised the importance of these characteristics. She stated, “Legislation must be based on sound policy development. If not it could create more problems than it solves. For example, it could give rise to constitutional challenges. –And we have a number of examples… a recent example in Jamaica was the attempted introduction of legislation to introduce a national identity system… certain aspects of the Bill were challenged successfully on the grounds of them being unconstitutional; provisions that infringe the constitutional provision.”

The drafting of codes of practice, procedural rules and the summary of guidelines for drafting and processing legislation was later on presented by Ian Macintyre. He also examined Cabinet submission of Bills for parliamentary approval, after they have been drafted. The workshop continues on Thursday July 4th and  Friday July 5th.