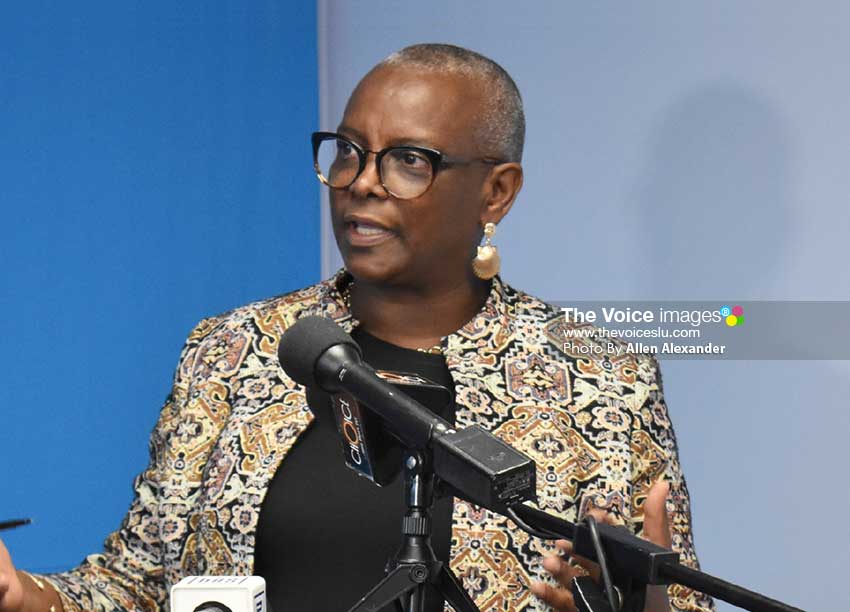 Chairperson of Events Saint Lucia, Agnes Francis has deemed the city centre as not the best place to host carnival.

She made the pronouncement on the basis that the Castries City Centre was outgrowing its capacity to accommodate the growth of Saint Lucia Carnival.

“It is just too small and because the perimeter is so narrow it is difficult for us to continue to keep the event there and have a good quality experience,” she said.

But changes to the Carnival route is not the only aspect of Saint Lucia Carnival which is being considered as Francis stated that carnival had reached a crossroad.

“When there are equal or more foreign revellers in bands than locals… when nudity is seen as the norm; we need to take a holistic view of the management of Carnival,” Francis said.

According to her Carnival needed policies, standards, licenses and permits in order to manage its success, and that Events Saint Lucia will be embarking on providing those needs.

Meanwhile the Minister in the Ministry of Tourism and Culture Fortuna Belrose, on Monday July 22nd, had more to say on the future regulations of Saint Lucia Carnival.

“Clearly we have to be able to establish now the regulations and the standards for operating the events, and we are busy of course trying to do this. Hopefully we can have the regulations in place next year comprehensively, so everybody who is involved in the carnival understands the rules and regulations that we would have set,” the Minister announced.

She said that the exercise will begin today, July 23rd and will continue for the next two weeks. She said that discussions will be held with all stakeholders starting from today. The final package of these discussions and presentations are expected to be presented to the public in September 2019.

The Minister noted that the behaviour of certain revellers during the Parade of the Bands were an issue that needed to be addressed.

“People need to understand now that there are certain criteria in terms of self-respect and how we behave. We need to be mindful, we need to have some self-esteem and class within ourselves…” she remarked.

In regards to the portrayal of indecent behaviour during the Parade of the Bands, Belrose emphasised that there are laws for indecency, and stressed that citizens have a responsibility to do what is required. Some of the revellers who exhibited lewd acts during Carnival were reported to have been non-nationals who were accustomed to carnival which was different to Saint Lucian culture. On that note Belrose remarked that Saint Lucia Carnival is a Saint Lucian product and that citizens should set the standard and the tone for it.

She went on to say, “It’s about enforcing our laws and having the regulations and standards, and letting people, when they come in, to understand that this is how we behave; it is our country, we need to take charge of it. So when they [foreign revellers] come in they come in and do things the Saint Lucian way.” The Minister remarked.

She said Saint Lucia cannot continue to condone lewd behaviour and that it was important for the carnival bands to educate their members in respect to the standards.

As for Carnival-related events and parties, the Minister said that the Government has the responsibility to ensure that all events are licensed and that all necessary clearances are obtained before events can be hosted.

“We need some controls; we need to ensure that we conform to the standards and that’s where we are headed now. That is the next level for us with the Carnival,” Belrose said.