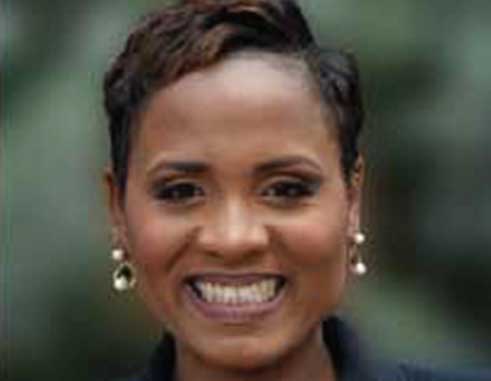 Relationships and interactions are both challenging and beautiful. I believe that these purposefully designed experiences help us to truly see ourselves, grow, develop and expand in ways other experiences do not allow.

I’m sure you will agree, in most, if not all of our relationships and interactions, we often misconstrue the other person’s choices and actions to be about us and sometimes take what was said or done personally.

For instance, your wife appears to be in a foul mood, the very first thing you think about is, what did you do. A co-worker seems to be more quiet than usual; you ask if everything is ok, really wanting to ask if you did something to affect her attitude. Similarly, a stranger says something less than kind to you, which you internalize, and subsequently triggers a reaction from you.

A few months ago, I reached out to a friend who I had not spoken to in a few months. I sent her a message via WhatsApp but didn’t get a response, so I decided to call, but did not reach her.

At the time I didn’t think anything of it and figured she was busy. The following day however, when she didn’t return my call or responded to my messages, I sent her another message and called once again.

After a few days, of not being able to reach her, I began to worry because it was unlike her to not respond to my messages or calls for any extended period of time.

I then decided to try another medium, just to ensure everything was ok but still got no reply. I then decided to reach out once again on WhatsApp and saw that my previous messages, seemed to have been read, as evidenced by the blue ticks.

In that moment, after seeing that she had possibly read my messages and saw my missed calls, without responding, I quickly moved from concern to annoyance and then to disbelief. Yes, I allowed myself to go swiftly down the rabbit hole.

First, I felt annoyed because I figured she saw my calls and messages and refused to answer. Then, I felt disbelief over the fact that she ignored me. At that time, I began to internalize everything and started obsessing over what I could have possibly done to deserve this outright rejection.

As far as I could remember, the last time we spoke, ‘we were on good terms’ and cannot remember saying or doing anything that may have offended her. I battled with it for a couple days, feeling unsettled and unsure of how to handle the situation, especially in light of having no input from her. I drove myself crazy.

Eventually, however, when I caught myself, I recognized how unproductive, energy consuming and unhealthy my re-action to the situation was, especially considering the fact that I had no control over her actions.

I had to remind myself that someone else’s actions or choices, even though, they might appear to be directed to me, have absolutely nothing to do with me and there was no reason to take it personally. This simple, yet powerful reminder helped me to release and let go of the situation.

“Whatever happens around you, don’t take it personally…Nothing other people do is because of you. It is because of themselves. All people live in their own dream, in their own mind; they are in a completely different world from the one we live in. When we take something personally, we make the assumption that they know what is in our world, and we try to impose our world on their world.

Even when a situation seems so personal, even if others insult you directly, it has nothing to do with you. What they say, what they do, and the opinions they give are according to the agreements they have in their own minds…Taking things personally makes you easy prey for these predators, the black magicians. They can hook you easily with one little opinion and feed you whatever poison they want, and because you take it personally, you eat it up….

When we assume someone else’s actions to be about us, we also assume their burdens.

If someone says or does something negative, which may be directed to us, our usual knee-jerk reaction is, to defend ourselves at all cost. But what exactly are we defending? Essentially, we are defending someone else’s opinion or belief about us.

When we remind ourselves that everyone is entitled to their own beliefs, opinions and choices, just like we are, we release ourselves from being affected by someone else’s stuff. When we learn to stand firmly in our truth about who we are, we become immune to the actions of others.

I could only imagine what you are thinking this very minute, easier said than done. I know. However, in my opinion, the alternative is harder to maintain than learning to not take things personally.

Not taking anything personally is a major life lesson, which has the potential to help you maintain your freedom, personal power, inner peace and sanity.

Over time, you will also see your relationships thrive because, no matter what the other person says or does, you no longer feel the need to defend yourself, which also preserves the harmony of your relationships.

As faith would have it, a couple weeks later, my friend eventually returned my messages and calls. Without me mentioning it, she apologized for her behavior and assured me it had nothing to do with me. At the time, she was dealing with some stuff and felt that she needed space.

Honestly, I was elated over the fact that she reached out a few weeks later, as it gave me an opportunity to process and regulate myself. When we spoke, I was then able to speak to her from a clear and objective space, honoring that each of us deal with situations differently and in our own way.

If each of us remember the simple golden rule, to not take anything personally, we will maintain our personal freedom, while allowing others to be who they choose to be in any given moment, without being affected by their choices.

If you keep this agreement, you can travel around the world with your heart completely open and no one can hurt you. You can say, “I love you,” without fear of being ridiculed or rejected. You can ask for what you need.”- Don Miguel Ruiz