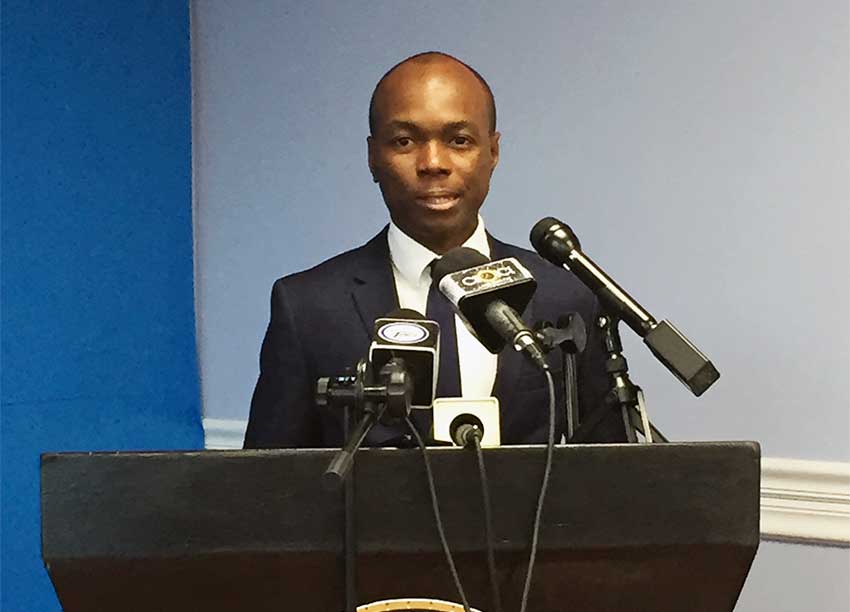 At a pre-cabinet meeting at the Office of the Prime Minister on Monday July 8th, Dominic Fedee, Minister in the Ministry of Tourism, Information and Broadcasting, was pleased to give a report on what he considered to be good news in the tourism sector.

He began, “We continue to see very steady growth… strong growth actually in the Destination Performance for the month of May. In fact, May over the same period last year has grown by 6.4 percent, and we see that the year to date figures suggest that there is also a steady increase of about 6 percent, so we’re growing consistently. We’ve added some new airlift, about 12,046 seats which have contributed significantly to the continued positive and robust growth that we’re having.”

The Minister also revealed that the Government is looking forward to more airlift in a few months’ time. He announced that on December 19th 2019, the Government will be ready to accept the American Airlines expansion into the Chicago market. According to Fedee, the expansion, in addition to the United Airlines flight, will significantly increase the travel capacity in that area. Fedee remarked, “That is all good news and we anticipate that our foreign bookings are going to be very strong. We had a very significant stakeholder symposium where we brought together the sector, and what we sought to do was to look at the competitive gaps of the industry.”

Fedee stated that the initiative was being driven by the World Bank. He emphasised that projects such as the redevelopment of Castries, the pedestrianisation of the William Peter Boulevard, and the upgrading of more beaches on the island were all in an effort to “advance greater economic penetration”, in order to make Saint Lucia more competitive in the tourism sector.