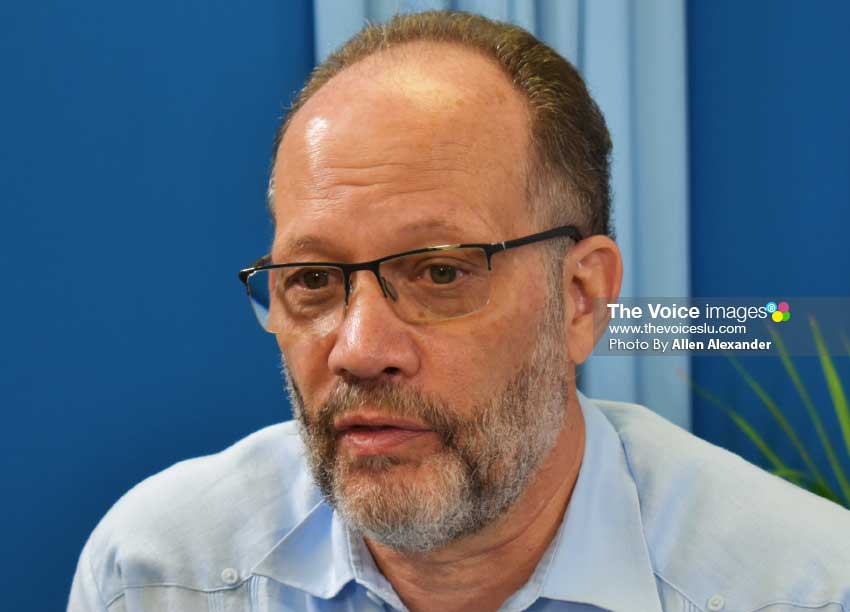 A press briefing was held on Tuesday July 2nd ahead of the commencement of the 40th Regular Meeting of the Conference of Heads of Government of the Caribbean Community (CARICOM). The media engagement held at Hewanorra House in Pointe Seraphine featured the CARICOM Secretary-General, Ambassador Irwin LaRocque. At the event, the Ambassador presented a prelude of the discussions that will take place at the Conference of Heads of Government of CARICOM.

According to LaRocque, “We’ll be looking at some of the items that we have been looking forward to in terms of the progress that is being made. The CARICOM Single Market and Economy (CSME) will feature prominently once again.” The Ambassador reminded the audience that a work plan and timelines had been agreed to by Heads of Government. An update on the progress that has been made in relation to the work plan is expected to be provided. The Ambassador stated that the progress which was made so far was not as it was anticipated to be. Representatives of the private sector, labour and civil society will be joining the CARICOM Heads of Government for discussions on CSME. Representatives of the public who will be making use of the CSME will also be participating in discussions to determine the best ways of making the CSME more user-friendly. According to the Ambassador, “We are seeking to be more interactive and consultative with the population at large and the stakeholders.”