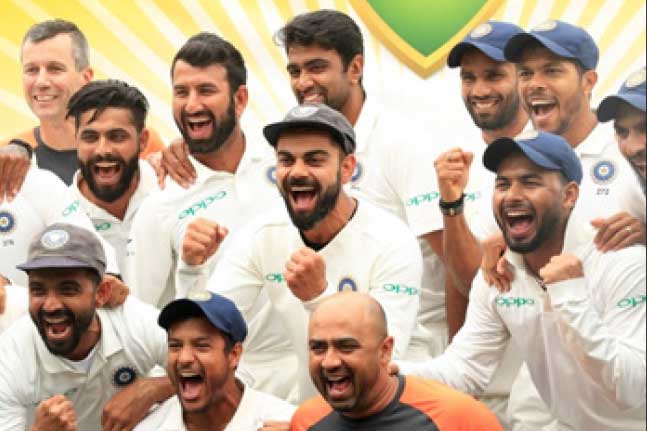 International Cricket Council (ICC) World No. 1 Test team India will begin their World Test Championship campaign against No. 8 ranked team the West Indies  in a two-match series starting in Antigua from August 22nd while the tour begins with a couple of T20 Internationals in Florida from August 3rd.

The tour of West Indies will be India’s sole away Test assignment in 2019. Besides two Tests and three T20s, both teams will also play a three-match ODI series during the five-week tour.

The first Test, from August 22nd to 26th, will be played at the Vivian Richards Cricket Ground and the second one starts on August 30th at Sabina Park in Jamaica.

The Tests open the new ICC World Test Championship which will be played over the next two years and has been introduced to give greater context and competition in the “Ultimate Test” of the game.

“The West Indies and India have a long and colourful rivalry, and the MyTeam11 Series will bring more thrilling competition across every format of the game,” said Cricket West Indies (CWI) Chief Executive Officer Johnny Grave on Wednesday.

The series starts with the T20Is, with the first two matches being contested back-to-back on the weekend of August 3rd and 4th at the Broward County Stadium in Lauderhill in the American state of Florida.

Only one of the two T20Is produced a result when the two sides played at this American venue three years ago before sell-out crowds. The second match ended in a no-result, due to a rain and technical delay.

In the first match of the series, KL Rahul scored the second-fastest T20I century off only 46 balls, eventually finishing on 110 not out for the highest international score in the venue’s history.

The two teams also the posted the highest international innings totals in the venue’s history for a world record of 489 runs, with the West Indies winning by one run, thanks to a hundred off 49 balls from left-handed opener Evin Lewis.

The last of the three T20Is will be played on August 6th at the National Stadium in Guyana, where the series also transitions to the 50 overs-a-side format. The first ODI will be taking place on August 8th, the first time in three decades the two sides will contest an ODI in the South American nation.

The ODI series concludes with matches on August 11th and 14th at the Queen’s Park Oval in Trinidad.

India were originally supposed to tour West Indies right after the World Cup, which ends on July 14th, but CWI pushed it back after BCCI’s request.