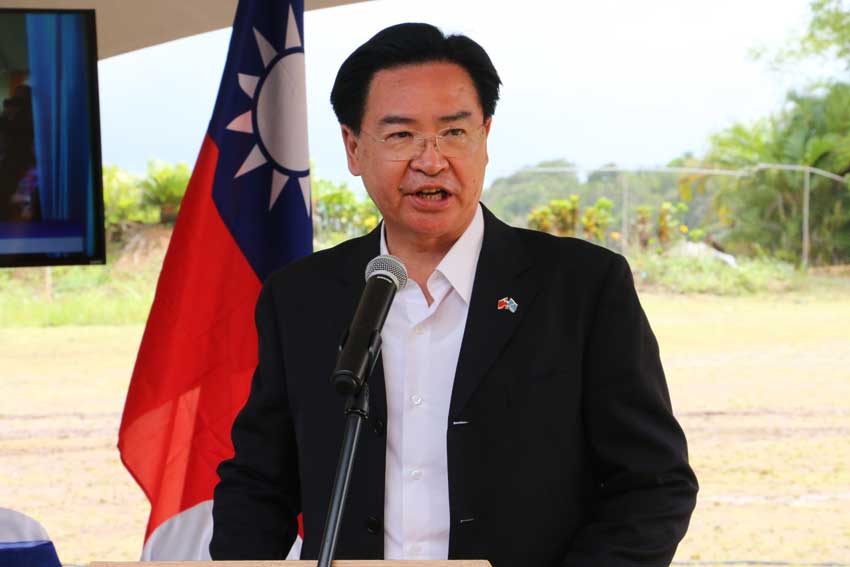 Minister of Foreign Affairs of the Republic of China (Taiwan),Dr. Jaushieh Joseph Wu and Mrs Wu led a six-member delegation on avisit to Saint Lucia 30-31 May 2019 to strengthen the relations between the two countries. 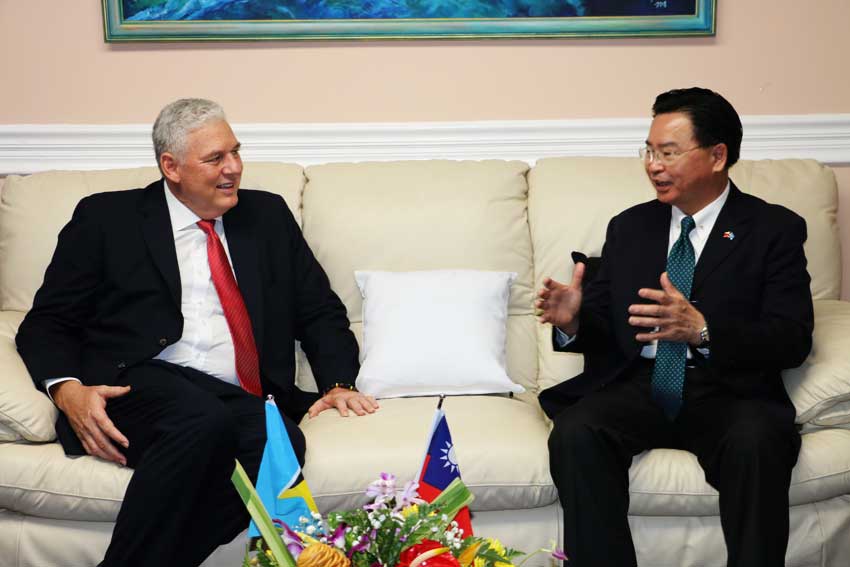 On the first day of their visit, Minister and Mrs Wu were greeted at the George F. L. Charles Airport with pomp and ceremony by the Honourable Sarah Flood-Beaubrun, Minister for External Affairs on 30 May 2019. Minister Wu then met with the Honourable Prime Minister Allen Chastanet and exchanged views on a wide range of topics regarding the cordial and mutually beneficial relations between Taiwan and Saint Lucia. 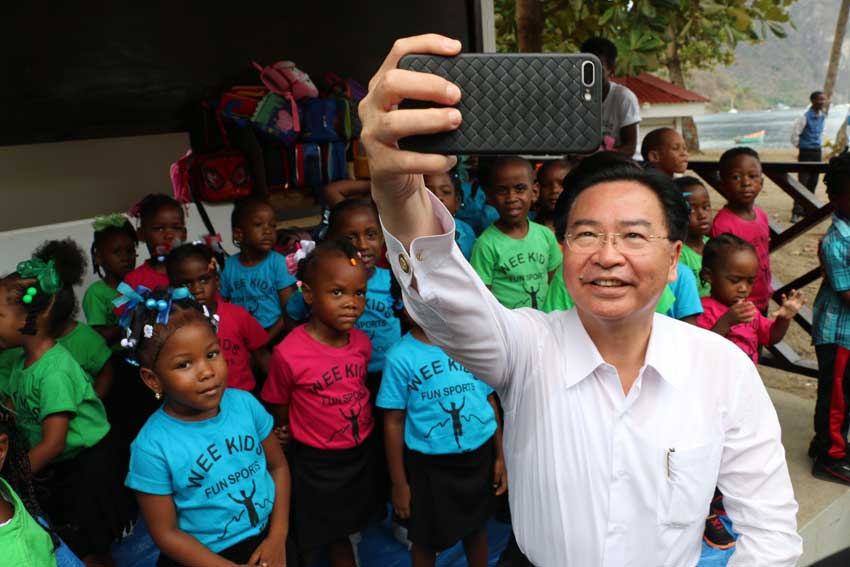 On 31 May, the Honourable Prime Minister Chastanet accompanied Minister and Mrs Wu on a visit to Soufriere and toured the newly launched Taiwan-funded Hummingbird Beach Park, where they met local residents and were welcomed by adorable preschool students. Also accompanying them were Minister Beaubrun and the Honourable Guy Joseph, Minister for Economic Development, Housing, Urban Renewal, Transport and Civil Aviation.

Minister Wu said while being interviewed by the press that Taiwan, as Saint Lucia’s partner in sustainable development, will continue to work with the people of Saint Lucia to improve their livelihood and wellbeing. The people of Taiwan also appreciate Saint Lucia’s continued staunch support for Taiwan’s participation in international arena. 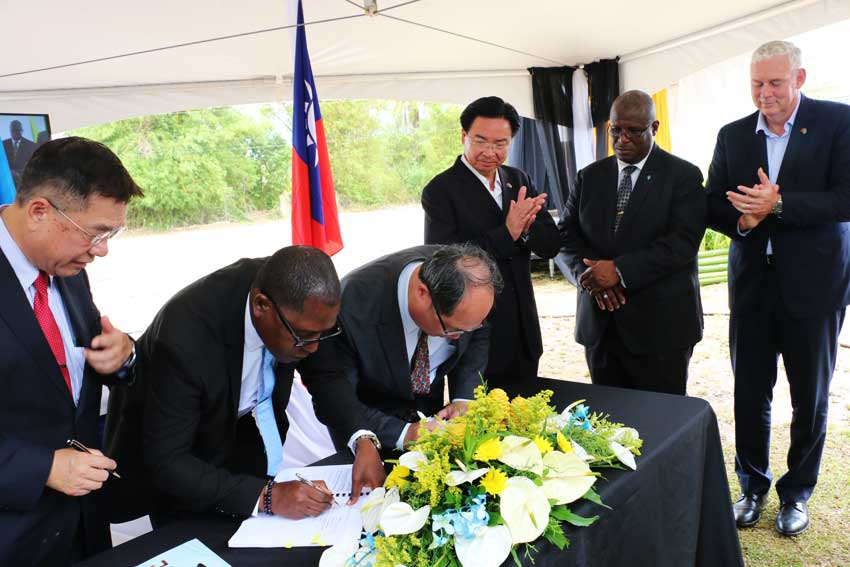 The delegation subsequently attended the construction contract signing and sod-turning ceremony for the National Road Improvement and Maintenance Programme in Saltibus. Minister Wu said during a speech that mutually beneficial cooperation is the foundation of Taiwan-Saint Lucia relationship and Taiwan is proud to support such a vital project. Minister Wu, Prime Minister Chastanet and the Honourable Stephenson King, Minister for Infrastructure, Ports, Energy and Labour, then witnessed the signing of the construction contract between the Ministry of infrastructure and Taiwan’s Overseas Engineering and Construction Company (OECC). 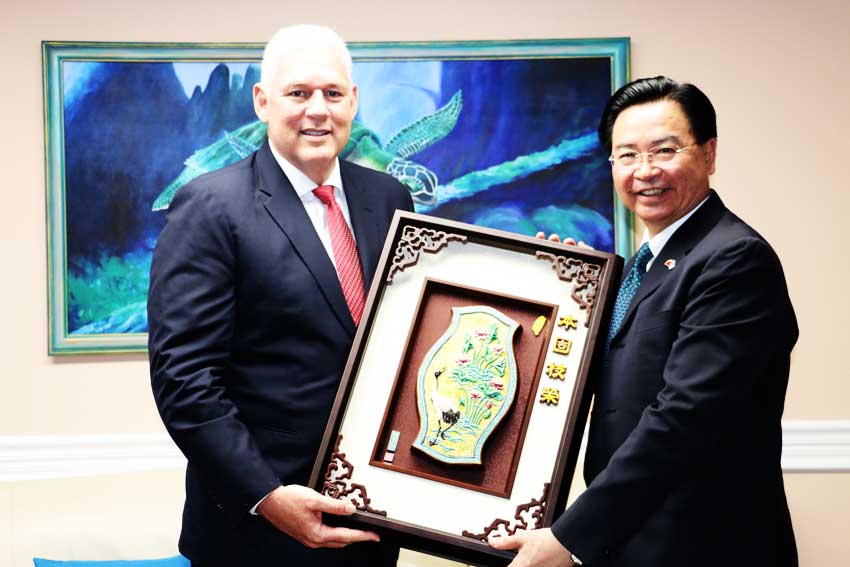 The Embassy of the Republic of China (Taiwan) would like to express its appreciation for the hospitality extended to Minister and Mrs Wu and the delegation by the people and Government of Saint Lucia. (E)