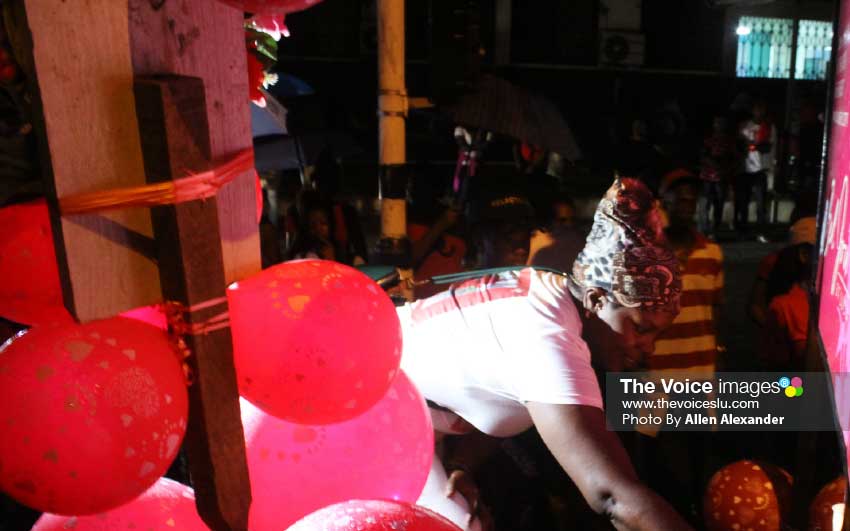 It was refreshing to see the support the family of Arnold Joseph received this week at the hosting of a vigil, to celebrate his life, and to draw attention to still unanswered questions surrounding the now controversial case.

The 17-year-old student was shot and killed at the hands of local police on May 22. According to his family, and representatives from his school, he had been returning home from a DJing gig, when the vehicle he was travelling in was intercepted by police. Since his untimely death, traffic related charges have been filed against the driver of the vehicle, and although police reported having found a gun in the vehicle, no charges have been filed in that regard.

This prompted Alison Jean, mother of Botham Jean, the Saint Lucian national killed by police in Dallas, Texas in September last year, to speak out on behalf of his family. She urged Arnold’s family not to let the police or anyone else change the narrative of who their son was, “if he was a good boy, say that,” she said.

When Arnold’s mother spoke, she said her sole objective was to share who he was with the world, and to “clear the air” on any existing speculation. As it related to the manner in which he was killed, she promised to comment in her own time, adding that when it was time to seek justice, no one would be able to stop her.

Silence was broken in a big way at the event, not only by the boy’s family, but by his school, with the Vice Principal of the Entrepot Secondary School speaking out to express the school’s condolences regarding the incident. Notably, there were no representatives from the police present at the event, nor has the Police Commissioner issued any statement in regard to the death of the student, or whether the officers involved have been suspended, pending an investigation.

Several people at the vigil, and those watching via the VOICE Newspaper’s Facebook livestream were moved to tears during the proceedings, calling for ‘Justice for Arnold’. Still more have called for police to release the name of the officer or officers responsible for the death of the student who had been sitting his CXC examinations at the time.

Arnold Joseph will be laid to rest today.