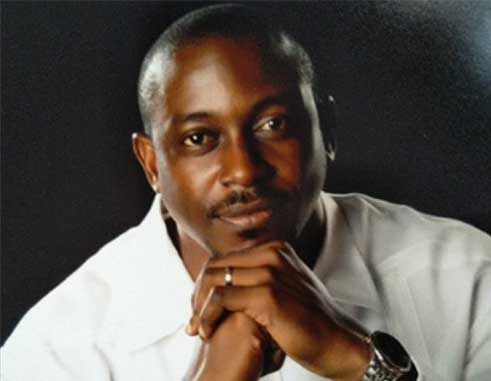 Dr Kurt Denzil Prospere has received the award for Most Outstanding Thesis from the University of the West Indies (UWI), Mona Campus (2017/2018). The thesis was entitled “Quantification of Ecosystems Services in the Black River Lower Morass: Technology Choices and Management Options”.  Examiners were quoted as saying that the thesis “represented an incredible effort and represents multiple sub disciplines with ecology”.  Examiners went on to say that “it is impressive that he has been able to master several highly technical aspects of the discipline in producing the dissertation.”

During the presentation, The Pro-Vice Chancellor & Principal of the Mona Campus, Dr Dale Webber, expressed honour to have worked with Dr Prospere. Dr Webber referred to him as the statistical guru as he, Dr Prospere, had been able to master the R-Statistical programme and also to teach the programme to professors and students alike.

The research areas in his Ph.D. study were extensively interdisciplinary. Part of this research involved modelling drivers of ecosystem novelty in remnant swamp forest patches. He analysed the tree diversity in 10 peat swamp forest fragments in the BRLM and their relationship with past disturbance-, biotic- and structural-based indicators to develop a framework to assess the novelty status of the swamp forests. He established and sampled 44 permanent sample plots (total area 3.92 ha), and sampled all non-woody plants and trees ≥ 2 cm DBH. Multi-level models were used to identify and compare the vegetation types found within patches. Generalized linear mixed models (GLMMs) with and without an explicit spatial component was used to explore the relationships between various forms of anthropogenic degradation (e.g., burning, cutting, harvesting of shrimp) and other determinants of plant diversity (e.g., non-woody plant species richness, presence of native and non-native grasses). The forest patches were ranked along a continuum representing deviations from a historical proxy (least disturbed) swamp forest to those with dramatically altered structural and floristic attributes (novel swamp forests).

Dr Kurt Denzil Prospere hails from the community of Canaries and is the son of Anna-Maria Prospere-Lucien. He began his early education at the RC Boys School, St Mary’s College and Sir Arthur Lewis Community College.

Having come from humble beginnings, Dr Prospere always believed that education would be the opportunity to better himself and family. With discipline and dedication, he earned a scholarship and went on to receive a Bachelor’s Degree in Agricultural Engineering (First Class Honors) from the University of Pinar del Rio, Pinar Del Rio, Cuba. Following the completion of his first degree, Dr Prospere returned to St Lucia and taught at his Alma Mater St Mary’s College for a year. He then went on to earn an MSc. In Agricultural Development from University of Copenhagen, Denmark, an MSc. In Agroforestry University of Wales, Bangor; United Kingdom and  a PhD Environmental Biology, University of the West Indies (Mona), Jamaica.

Dr Prospere thanked his family, especially his wife Amoy Theobalds-Prospere for their unwavering support and the many teachers who molded him along the way particularly Mrs Shirley Ann Lubin, former teacher at St Mary’s College and now current principal of the Marchand Combined School. Dr Prospere currently works in St Lucia where he hopes to make his greatest contribution while inspiring disadvantaged youths to break boundaries.