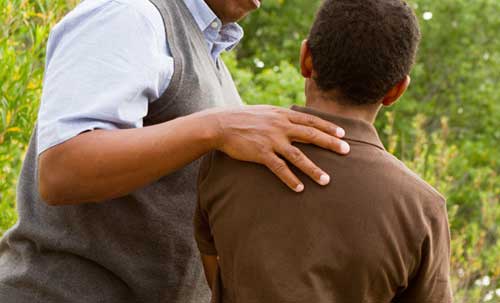 Teachers, parents and guardians should provide positive rewards for positive social accomplishments, particularly with children and youth that misbehave frequently.

Rewards can come in many forms including positive attention, praise, privilege, access to desirable activities, gifts and prizes, awards, certificates, or money. Children showing problem behaviour may need frequent, immediate and salient positive consequences to improve their behaviour as compared to children with fewer problems. In fact, all children can benefit from knowing when they have done a good job, either academically or socially.

In a previous article, I indicated that the CYSEPP project had identified 50 students in need of special assistance in the social context from which development of skills would improve their behaviour.

The first intervention was to design and implement a Life skills Curriculum. Indeed, this was the core intervention in promoting improved behaviours for learning among those students. The curriculum provided activities for the students on a Tuesday and Thursday for 90 minutes. Those activities to which they were engaged, allowed the students to develop relationships with trained adult mentors who provided encouragement and support in the development of those Life skills needed.

It was expected that the implementation of the Life skills curriculum would reduce or eliminate the problems arising from emotional and anti- social behaviour of the students and provide the parenting skills necessary to promote and strengthen families.

There are individuals in the Marchand community who are capable of providing the support which was required to carry out a successful Life Skills programme. A deliberate effort was made to identify those individuals and tap their resources. A training curriculum was designed specifically for mentors who attended training workshops prior to the commencement of the project and throughout its lifetime. The workshops were designed to help the mentors understand anti-social behaviours, and the social context in perspective of the youth, in order to be able to intervene appropriately.

Fortunately for the project, we were able to identify and enroll several mentors all from the Marchand community who were ready and willing to volunteer their time.

Among them were retired teachers, a retired principal, a retired woman police constable, and other senior members of the Marchand community. The project was also able to attract resource persons from the Ministry of Human Services, the Ministry of Health, the then Ministry of Community Development, the Royal St Lucia Police Force and the Clergy. Those mentors made for exciting times for the students of the CYSEPP project.

It is important to point out that the curriculum focused on the life skills as determined by the schools which had the students under their supervision from 9:00 a.m. to 3:00 p.m. Monday to Friday each school week. Feedback on the students through observation, interaction, their school work and test results were provided to the Project Coordinator.

The project paid special attention to the analysis of the students’ academic performance, as their success in that area was integral to holistic development.

Indeed, following the student analysis, the CYSEPP coordinator conducted several workshop sessions with the classroom teachers of the Marchand Combined so that they became fully aware of the CYSEPP Life Skills curriculum and were able to assist the project in reinforcing and consolidating those life skills.

It is sufficiently important to say that many intervention programmes have been implemented in St Lucia. However, at the end of the programme, the students go right back to the non-enforcing environments. It was not so with the CYSEPP project. Both School and Home were well informed and connected to the project.

Parental support was an important factor which determined the success of the project, and the students in particular. The project held several workshops to support parents of the students involved. The workshops provided positive messages, encouragement, and helped parents understand the importance of their role in their children’s education and where they could access support.

As part of the curriculum, the students were exposed to several field trips, as many of those students did not visit places of interest outside their immediate communities. They went to places like the fish farm project and the botanical garden at Union, the Sir Arthur Lewis Community College; including the burial site of Sir Arthur Lewis and the Innis killing Monument. They also visited Pizza Pizza for some entertainment, and many other places of interest.

Generally, the idea was to expose the students to life outside of the community in which they lived. Although the focus of the CYSEPP project was on the At-Risk students of the Marchand community, the services of the Family Desk were available to all parents and youth of the community. The Desk promoted its services to the parish and the Marchand community through newsletters, parish notices, and held open office hours.

Many parents are overwhelmed with social problems in the Marchand community. Many of them do not know where to turn, what to do how to obtain help. The Desk was able to direct parents of the participants in the CYSEPP programme to their best course of action and to the various social services providers in the state.

My next article will delve deeper into the CYSEPP framework.