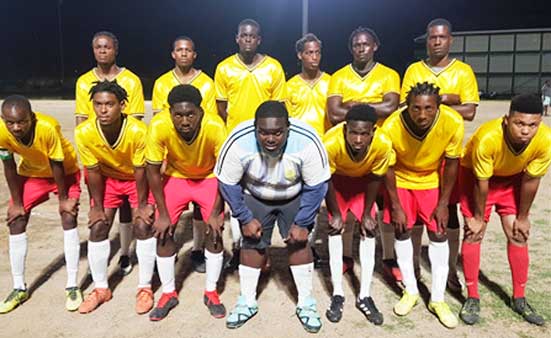 Hundreds of football fans along the east coast are expected to converge on the Dennery Playing Field (DPF) this evening when the Dennery Football League (DFL) stages the third place playoff and finals of the Community Super Cup.

From 6:30 p.m. in the third place playoff, Hill Top Ballers takes on DCYO; while at 8:30 p.m. On the Rock Strikers (OTRS) will go up against Piton Travel Young Stars (PTYS) in the grand finale for the Dennery Community Super Cup trophy and EC$2500.00.

On the pitch, Piton Travel Young Stars will be coming all out to revenge the 3-2 defeat they suffered at the hands of On the Rock Strikers in the preliminary round of the tournament; OTRS came from behind to win. The goal scorers for PTYS were KermichaelSexius in the 32nd minute and Junior St. Rose in the 33rd minute. For OTRS: CalixteBiscette in the 6th minute, Sylverius Vidal in the 63rd minute and JavelFaucher in the 78th minute from the penalty spot.

How the two teams made it to the finals

In the preliminary and leading up to the semifinal round the goal scorers for PTYS:  Parker Gilbert, Marvin Joseph, Junior St Rose, KermichaelSexius, Anthony Joseph, Ridel Stanislaus, and Jamie Prospere.

In the second encounter, On the Rock Strikers (OTRS) had the better of DCYO 4 – 0.

For OTRS, the goal scorers were Nicage Edward in the 32nd and 73rd minute, KeviePolius in the 48th minute and Stephan Vidal in the 82nd minute.