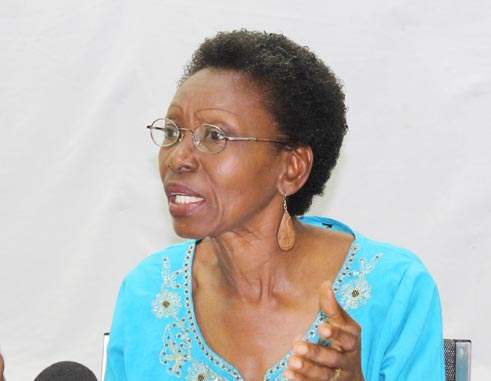 Trails and Trials of a Persistent Advocate

Early last week, the failure of the police high command to state whether or what charges can or may be laid in the matter involving the fatal shooting of a 17-year-old student in mysterious circumstances, of a police car chase through one-way streets in Castries, solicited a call by the island’s best known human rights advocate for an independent investigation into what really happened.

Citing that the only official version of the tragic May 22 event was from the police and given the preponderance of varying versions from persons claiming to have been onlookers, Human Rights Attorney Mary Francis’s call is only right.

She’s correct, especially given the several still unanswered questions about the whole affair — from the presence of the student in the vehicle being chased, to the police reporting finding a high-powered firearm in the said vehicle.

She’s also continuously been unfairly accused of condoning criminality by defending the rights of perpetrators of crime to an equal measure of fair treatment until proven guilty, in each case, irrespective of the crime.

More than a Lone Wolf Lady Lone Ranger on the local legal turf, Ms Francis will always be naturally disappointed that even some who know better will join her unfair finger-pointers.

But she’s not been seen to have been deterred, not once, from talking out in the interest of observing the rights of not just criminals, but every Saint Lucian and every citizen protected by or under the Constitution and laws of this country.

Some of her loudest regular critics among her colleagues do share her view on this particular issue, but none has summoned the testicular fortitude to join Miss Mary publicly and respond positively to her call for this unjust law to be urgently revisited, post haste.

But here was the direct opposite of Doris Day as Calamity Jane, singing the same old tropical legal blues here again this week, over another case of another alleged death, possibly by police bullet(s).

There are several questions still to be asked: Did the young student die from a police bullet(s) or not, and if so, why did the police choose to open fire on this vehicle filled with unknown occupants? Has the weapon allegedly found in the vehicle been traced to anyone?

The police may prudently argue that it’s too early to expect answers to all these questions, but they do exist in the minds of many, especially given the scarcity and brevity of information publicly given by the police vis-à-vis what’s being said (loudly and secretly) by those who claim to have seen.

Whether the police will have secured a sufficiently positive record of witness protection to encourage any of those claiming to have seen more or otherwise (than the police report said) to volunteer to take the witness stand is still a hard ball in the court of public opinion.

But even that underscores that the police high command needs to treat this case, not as much as a special one as one that requires careful handling, given its peculiar circumstances and the general public’s disposition to expect bias in such cases.

All this again, not forgetting the lingering delays towards any apparent progress that would satisfy the family of the deceased in the Kim De Leon case, which is already regarded by too many, too early, as headed for, if not already at, the Cold Case file.

I would prefer to believe that nothing has been said by the police high command regarding the circumstances of the boy’s death, who was responsible and because those aspects of the matter are still under investigation. Of little facts that have been released since the incident, dangerous driving and traffic related charges laid against the driver were announced by police on Friday, May 31. So far, there has been no mention of any gun-related charges.

At this point, one thing remains clear; family and relatives of the deceased, fellow students – and the general public – need to know what more the police is doing about answering the still unanswered questions, which simply have to be answered, one way or another, sooner than later, if further public doubt or disquiet is to be avoided.

Once again, Ms Francis finds herself continuing to be the ultimate unwilling Caribbean Joan of Arc, preferring to step into the line of legal and public fire instead of being tied to a legal totem pole and set alight in the court of select public opinion.

But as always with this ultimate defender of and advocate for all our human and other rights, this latest case she is crusading for is nothing about her and everything about her determination to continue to stand for what is right when it comes to human rights in Saint Lucia.

In such cases, Miss Mary tends to be quite contrary (compared to the majority of her colleagues).

But that’s what makes her stand out taller than most of her regional learned ladies in the same boat: her treatment of each case as a case worthy of pursuit when and where justice seems to have slipped through, or is heading for the back door.

Here’s hoping that after her long trail of continuing trials, her latest crusades – including the many still stuck at various levels in the legal and judicial pipeline — result in justice and fairness being ultimately dispensed in both the courts of law and public opinion.

Again, I rest my case…