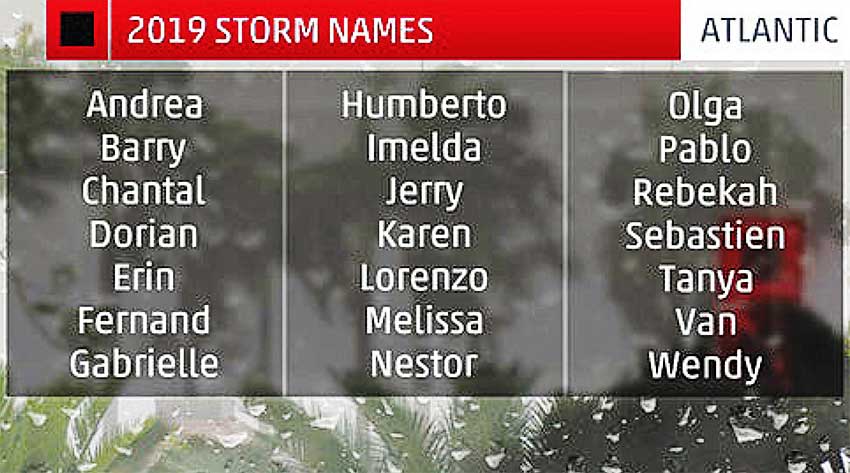 Before the start of the Hurricane Season each year, we are urged to prepare adequately. As such, we are encouraged to re-visit our family emergency plans in order to make the necessary changes. Hazards in our immediate environment also need our attention. Overhanging trees should be trimmed and clogged drains cleared to prevent loss of life and property.

Several organizations across the region aid with disaster preparedness, mitigation and response. The Office of Disaster Management is the unit responsible for such undertakings in Dominica. The unit, which is headed by Don Corriette, frequently collaborates with regional body CDEMA to coordinate disaster mitigation initiatives in Dominica. All of these are considered to be critical investments in disaster risk management in a time when climate change threatens us all. In Guadeloupe and Martinique, the Department of Civil Defense is the unit charged with the responsibilities of disaster management. More specifically, these responsibilities include the training of volunteers and the sensitization of the public in terms of risk reduction, mitigation and response. How prepared are you?

This week we present “A journey through the Caribbean’s Disastrous Past”. We commence our journey to what has been hailed by many as one of the deadliest volcanoes ever – Mount Pelee. This French relic forces one to re-live that fateful day in St Pierre decades ago. Be sure to make a record of your encounter with nature’s wrath. It’s something worth pondering on. Over in Dominica, visit the Botanic Gardens where several semi-tropical trees from Africa, Asia and South America lived before the passage of Hurricane David in August 1979. This garden presents opportunities for you to sharpen your knowledge of trees and how natural forces can affect our ecosystem.

Admitting that we Caribbean people live in a hurricane belt is our first step to taking hurricane preparation seriously. It is recorded from the 17th to18th century in Guadeloupe the lack of preparation of citizens, which resulted in panic during hurricane turmoil. In the local Archives of the Commune of Basse Terre, in handout format, review information streamlined from 1635 until today compiled by several authors shares their experiences on grave hurricane devastation on the island. The handout was modified by meteorology personnel in the Caribbean region and serves well as proof of hurricane desolation on the island of Guadeloupe.  Schools and other sound structures are used as hurricane shelters in Guadeloupe. Observe the architecture while on an island tour!

A bit of the French for the Visitor

How is the weather? — Quel temps fait-il?

It is cool — Il fait frais

It is cloudy and stormy  — It fait nuageuxetorageux

It is lovely  — Il fait beau