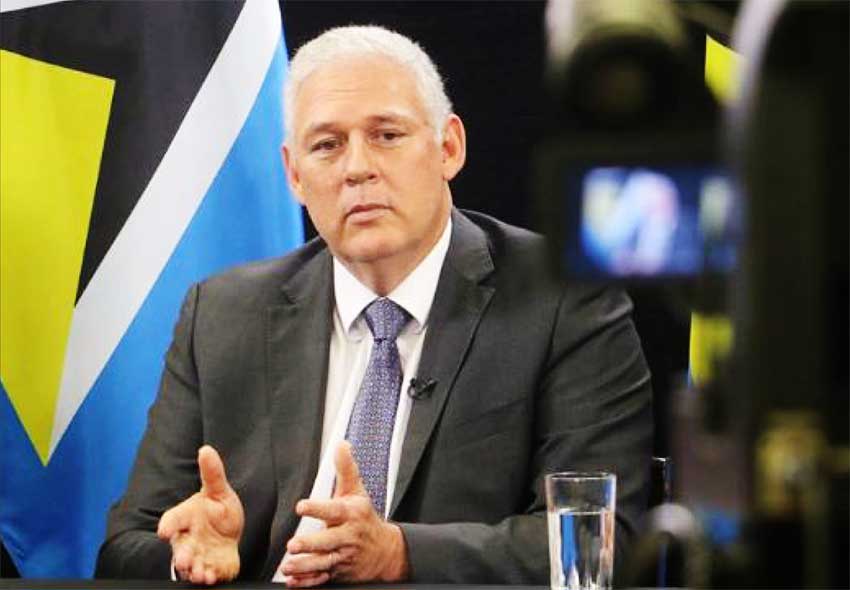 Prime Minister and Minister for Finance, Honourable Allen Michael Chastanet, introduced before the House on Tuesday a Bill to establish the Saint Lucia National Economic Fund and strengthen oversight over the management of Citizenship by Investment funds. This means that the Government has corrected gross inadequacies in the legislation governing the use of CIP funds which was passed by the former administration.

As he presented the Bill, the Prime Minister explained that presently, the Citizenship by Investment Act passed in 2015 establishes the Saint Lucia National Economic Fund (the Fund), however, the present administration felt it necessary to strengthen legislation as the Fund operates outside of the Consolidated Fund. The Prime Minister noted there are issues relating to governance, transparency and accountability that must be addressed.  In fact the part of the legislation that dealt with the establishment of the Economic Fund under the CIP Act, passed by the former administration, was all but three lines.

“On this basis, the provisions under the Act were considered to be absolutely inadequate,” said Prime Minister Chastanet as he introduced the new Bill. “In relation to governance, the Bill identifies the Fund as a special fund that will be used to advance loans and provide investment for Government approved capital projects, reduce debt, purchase Government bonds or for monies required for a purpose approved by Cabinet.  The Minister of Finance is authorized under the Bill to make an Order that will identify the Government approved capital projects once approval is obtained from Cabinet.  The monies of the Fund will be the qualifying investments of cash that is currently stated under the Act and these monies will be deposited to the credit of the Minister in a financial institution approved by the Minister.”

The Board is expected to manage monies and the business of the fund; consider and approve an application for a loan or an investment in a Government approved capital project; monitor the use of the loan and ensure repayment of the loan, create and maintain a Sinking Fund and carry out other functions required for the proper functioning of the Fund.

The Prime Minister explained that the Bill also laid out clear application procedures for obtaining loans and investments from the Fund. The Board will also have to submit independent auditor’s reports and annual reports.

The Prime Minister clearly explained to the House that while the legislation for the Economic Fund was being developed the Government followed good governance practices and CIP contributions for the last few years were being put into the Consolidated Fund and managed by the Ministry of Finance. In his rebuttal the Prime Minister pointed out page by page, how the CIP funds had been used and where it could be found line by line in the Estimates of Revenue and Expenditure.

The Prime Minister added that the current National Economic Fund Bill passed on Tuesday makes the process for the use of CIP funds transparent and accountable.

The Prime Minister ended by reassuring the public: “We know where the funds are going and there will be detailed reports done by independent entities. I believe that we are well on the way in order to make sure that the funds that we are earning from the CIP are going to the best use of the people and the country of Saint Lucia.”