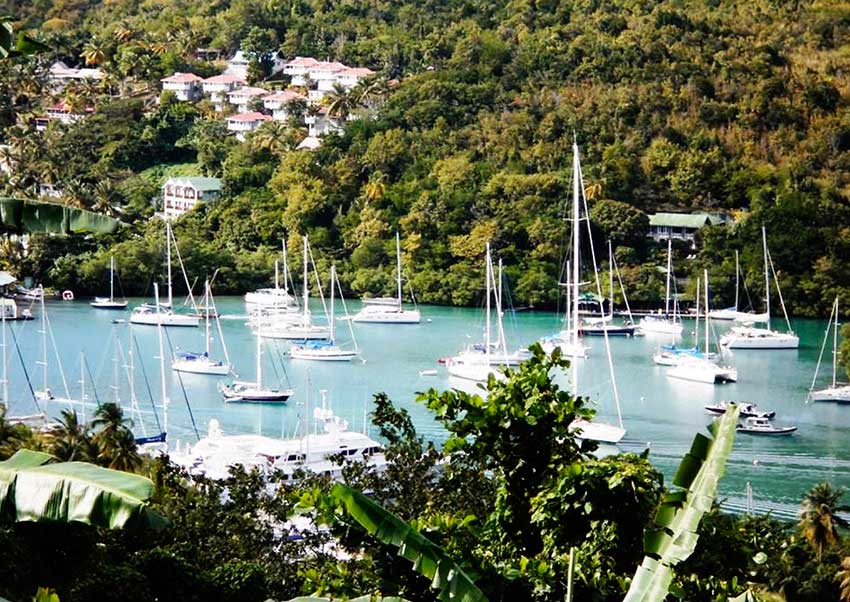 The Caribbean Student Environmental Alliance together with a few Peace Corps volunteers have started an environmental club in the community of Marigot.  Monthly meetings are held where the children get to explore nature in Saint Lucia.

Our May meeting held on Saturday 25th was very exciting.  We met at the former Mango Beach Inn dock where we first had an open air lesson to learn about different coral species that make up our incredibly beautiful reefs.  The children were given a coral guide with pictures of live coral and coral skeletons to help them identify some common corals found in Saint Lucia.  Two groups were formed and issued a challenge to scour Marigot Beach to find coral skeletons and identify them.  The children started identifying corals as soon as we stepped out on the boardwalk going through the mangrove down to the beach.  They were able to correctly identify star corals, brain corals and finger corals.

The groups were next tasked with sifting sand with three sieves of different sizes to find out what is in sand.  They found whole shells and shell fragments, rocks as well as pieces of dead corals of various sizes.  They learned then that sand is formed when wave action breaks up rocks, dead corals and shellfish into tiny pieces.  Unfortunately we also found lots of trash in the sand like cigarette butts, plastic bottle caps, straws, bottle stoppers and tiny pieces of plastic and foam.  The children were taught  about microplastics and how it is now found in fish in the Caribbean.

Then came the exciting part, snorkeling!  Donning bright green snorkel vests, the children who had previously been taught how to snorkel, went snorkeling around Marigot Bay.  They came back amazed that they could now identify a few of the coral species and used fish identification cards to identify the array of fish species they had seen like parrotfish, sergeant majors, butterflyfish and white sea urchins grazing on the turtle seagrass.  The new comers were introduced to the snorkeling gear and safety rules.  Then they were taken into the water to do some simple exercises to get comfortable breathing through the gear in the water and floating using life vests.  They too got to snorkel in shallow water over seagrass beds and saw plenty baby fish darting between the seagrass blades, a crab and yellow tube sponges.

Our meeting ended when we returned to the dock where the children got to enjoy ice-cream, mangoes and lollipops while writing and drawing in their journals.

The Marigot Environmental Club meets once a month and engages in fun activities to learn about nature.  They have gone snorkeling at TrouVollant, hiked up the Marigot ridge and climbed Fort Rodney at Pigeon Island National Landmark. — Caribbean Student Environmental Alliance