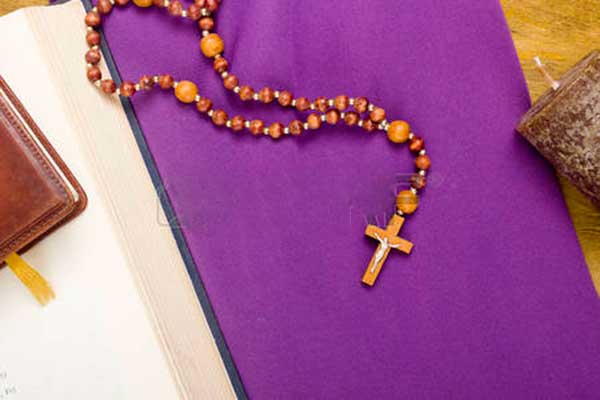 The Roman Catholic Church has remained a force for good in St Lucia, in spite of its declining population over the years. According to the latest available statistics, Catholics represent just about 60 percent of faith based St Lucian society. The church has lost many of its members to the Pentecostal and Seventh Day Adventist churches. In addition to the exodus from Catholicism to other Christian faiths, many Catholics have given up their faith for the values of Western modern day society that has promoted materialism, and individualism over community.

The influence of the Catholic Church remains pervasive in St Lucian society, though not with the same intensity that it had during the pre-independence period when the clergy was more representative of French priests than local priests. This is not to say that our local priests have failed to maintain the church’s influence on the society. With a more educated society, I believe citizens have felt more empowered to question the authority of the church – a church that has had more to say and do about the materially poor and marginalized citizens. Ironically, the church has been at the forefront in providing a good education for boys and girls across the country.  St Mary’s College and St Joseph’s Convent, church-created institutions remain the premier secondary schools for boys and girls in St Lucia. Let us not forget the many primary schools the church has created in districts all over the country.

So what happened? Was the education a bad thing? Of course not! The success of the Church in pursuit of its mission-the salvation of souls, can never be just about numbers; every human life is invaluable in the eyes of the church. If I may make the point differently, if the Church, according to its teachings, was only able to save one life then it would have justified its existence.

The Church is up against a Western culture that aggressively promotes materialism and individuals that resonates intuitively with a relatively poor society, and with pockets of well-to-do citizens. People remain anchored in a material world that says to be happy you need to have more. It is a proposition that is difficult to ignore when you have little and you see your neighbours with their cars, their own home, and the ability to have three meals a day. It is true that material possessions do provide comforts and a sense of well-being, but their value is very often overstated, because studies have shown, beyond a certain threshold they contribute very little to one’s happiness.

The Church has been a strong advocate for social justice in St Lucia and has demonstrated that by the work it has been doing in the areas of education, health, and caring for the elderly. In the pursuit of social justice, the focus of the church has always been its preferential option for the vulnerable in the society. In recognition of the social nature of human beings and the intrinsic greater value of community over individualism the need to pay more attention to the weakest in the human chain of existence makes sense. The saying that a chain is as strong as its weakest link holds true for a society.

The Church continues to play its role in education beyond our premier secondary schools, by the invaluable work of the CARE programme that is providing a second chance for boys and girls that are not being accommodated by a bias academic education system. In the area of health, St Jude hospital was operated by Catholic nuns during its early years. The work of Caritas, a church based institution, quietly provides invaluable basic assistance to needy St Lucians irrespective of their religious convictions. The institutions that look after our elderly are mainly Catholic, the Marian Home and St Lucy’s home.

The Church has been involved in providing housing for the poor and in the formation of the Fishermen’s Cooperative in Dennery.

The Catholic Church has a rich and proud tradition in St Lucia of standing at the side of the poor and vulnerable.

In the area of culture, Fr. Patrick Paba Anthony, a local catholic priest, has played a pivotal role in awakening the St Lucian consciousness in recognizing and celebrating what is ours. The now proudly celebrated Jounen Kweyol is the inspiration of Paba and the Folk Research Centre, now named after him.

So, on the 40th anniversary of our independence, the positive influence of the church on St Lucian society cannot be denied. What is undeniable is the challenge faced by the church in presenting its message – the centrality of human dignity and salvation of souls – in a Western- influenced environment of materialism, individualism, and nihilism. The Church now needs to carry its message more aggressively and make greater use of the new communication infrastructure where so much of human interaction is taking place. The challenge for Catholics and people of goodwill is to play their part in bringing as many citizens as possible to the material threshold of happiness, I referred to earlier, by ensuring good governance in our country. Perhaps, in that way more time and energy may be given by more of us to the greater meaning of life as the church wants us to see.