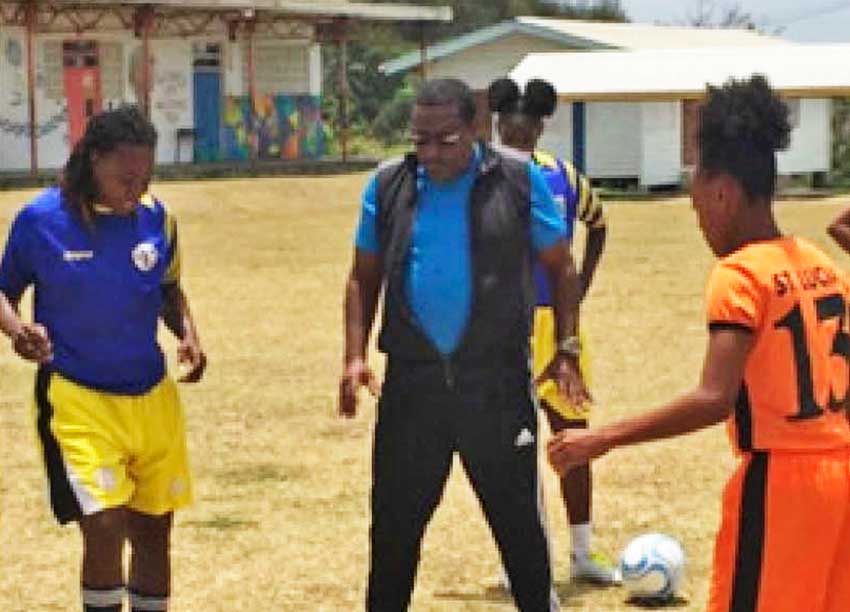 MERE hours after arriving in Saint Lucia, newly appointed Coach of the Saint LuciaFootball Association, Jamaal Shabaaz, spent Saturday observing and participating in the training sessions of the national female teams and also the National Under- 15 teams.

His first stop was in Vieux Fort where he was introduced to the Under-14, Under-17 Under-20 and senior female teams.

Before he took to the field with the athletes, Shabaaz engaged the players in discussion on the significance of being a national team representative.

He implored the ladies to set standards for themselves and not be satisfied with just making the team. He also encouraged them to try as much as possible to tie in their football performance with the academic, as there are opportunities for all.

Then it was off to the playing field where all the teams were engaged in warm up and football related activities.

The afternoon for Shabazz was spent at the SLFA’s Technical Centre in Mabouya Valley where he engaged with the National Under- 15 Boys.