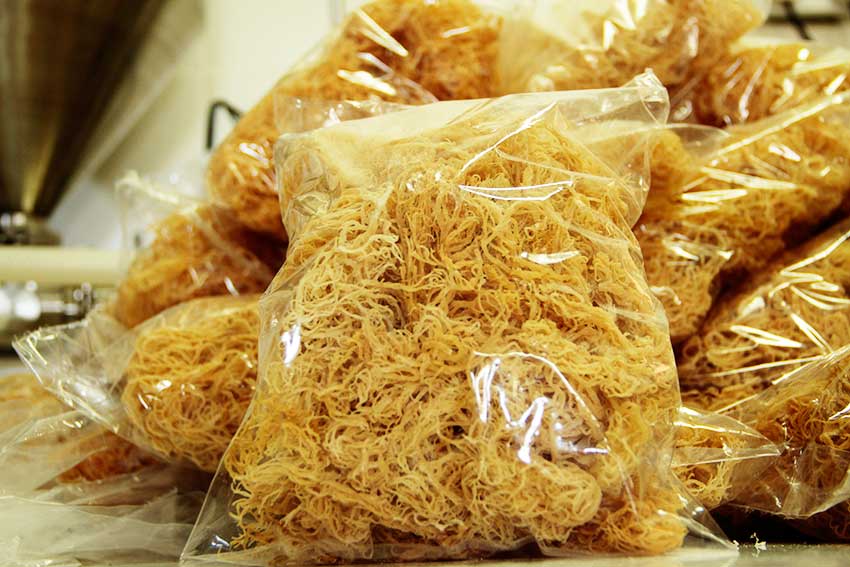 Emanating from Export Saint Lucia’s recent mission to the United States, it was observed that growing consumer trends around healthy eating has presented an opportunity for dried sea moss from Saint Lucia. This product is in high demand especially with the increased vegan community. Through the guidance of Export Saint Lucia, the Praslin Sea moss Association has capitalized on the opportunity and on the weekend shipped their first export to the USA. Having been put in contact with a buyer from the U.S. the over 140 farmers belonging to the association have worked expeditiously to facilitate a test shipment of sun-dried Sea-Moss.

Export Saint Lucia CEO, Sunita Daniel expressed her delight with this new venture. Daniel says that “The US market is a traditionally difficult market to access and when you get one foot in the door you dare not let the opportunity pass. The health-conscious eater is not just looking for what is healthy but also what is trendy. Factors such as “the story” of the farmer, the practices employed and most certainly the island of origin all feature high on the list on a discerning shopper”.

President of the Praslin Sea-Moss Farmers Association Bonaventure Jn. Baptiste says the main aim of the Association is to reduce poverty in the community of Praslin, and he anticipates that with this potential new market for the export of sun-dried Sea Moss it would go a long way in helping the Association realize its goal.

“With this possibility that we now have with sea moss, people will now be able to find an alternative to banana production. Now there are now more than a hundred people who are members of the Praslin Sea Moss Farmers Association or have registered interest in Sea Moss processing. With the success of this venture every family will be touched in one way or another.”

He added that with the challenges facing the banana sub-sector, sea moss cultivation could be a viable and lucrative alternative with which farmers could diversify.

Sea moss Farmer and Employee of the Praslin Sea-Moss Farmers Association Andrina Stanislas says she is eager to see the impact of this first shipment and anticipates an upsurge in Sea Moss farming as well as the job creation aspect that comes with this rise.

Stanislas insists “I would like to encourage other persons youth in particular to get involved in sea moss planting because right now the demand is great, and we need as many farmers as we could possibly find in order to supply this huge demand.”