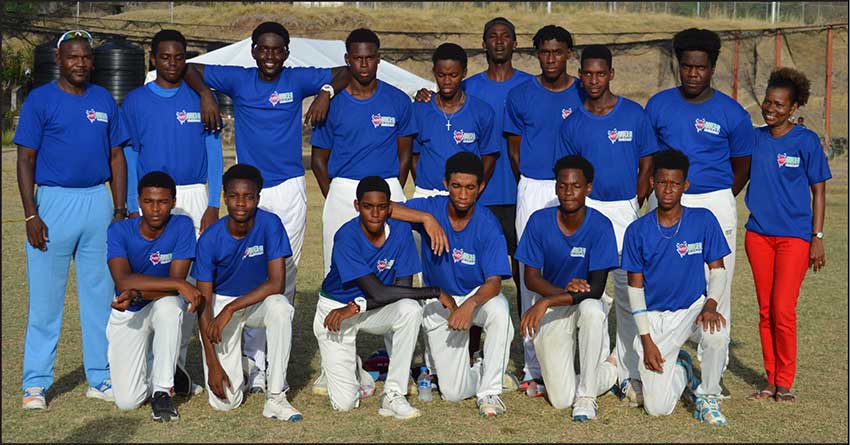 After nearly three weeks of exciting cricket amongst some of Saint Lucia’s best Under-19 players who are participating in the Sandals Cup, the tournament is now into its final stages. It appears that this year’s final will be a repeat of that of 2018, as it will be played between defending champion Gros Islet and Babonneau at the Daren Sammy Cricket Ground from 10.00 a.m.

Gros Islet will start as favourite, but Babonneau will want to seek revenge as they lost to Gros Islet when the two teams played each other in the opening round of this year’s tournament at the Gros Islet Playing Field. Babonneau  will certainly want to wash the memories of this game and come out firing at the defending champions.

1st Vice President of the Saint Lucia National Cricket Association, Shaun Alcindor spoke to the VOICE on Wednesday following the encounter between Gros Islet and Castries Central. He said, “Sandals will be going all out for the finals tomorrow by way of Live Streaming. We are hoping this match will be exciting and we are encouraging cricket fans from near and far to come to the DSCG to support some of Saint Lucia’s best Under-19 cricketers on show”.

Batting first Gros Islet made 208 all out in 49.4 overs with Captain Kimani Melius top scoring with 83 off 48 balls, a scoring that included ten 4s and four 6s before he was caught by Jeremiah Charles off the bowling of Rahyam Joseph with the score of 109 for 5.

Another useful contribution with the bat came from Garvin Serieux who batted at No.6 with a hamstring injury scoring 51 before he was the last man out having been run out with the score of 208; before that he and Simeon Gerson frustrated the Central Castries bowlers by adding 61 runs for the eighth wicket before Gerson was out caught by wicketkeeper Ackeem Auguste for 24 off the bowling of Jeremiah Charles. Lee Solomon who opened the batting with Kimani made 11.

Bowling for Central Castries, Rahyam Joseph took 5 for 34, Jeremiah Charles picked up 3 for 38 and Jaden Elibox 1 for 49.

Needing 209 in their allotted 50 overs, Central Castries lost wickets at regular intervals and were eventually bowled out for 127 in 37.1 overs with opening batsman Chaz Cepal the No. 6 batsman out caught by Rene Montoute off the bowling of Garvin Serieux for 44 with the score on 88 for 6.

In the other semifinal matchup played at the Des Barras Playing Field in Babonneau, Babonneau defeated South Castries by 153 runs. Scores in the match, Babonneau 263 for 7 in 31 overs – Ephron Charles 69; Caleb Thomas 60; Stephen Abraham 35; Rasheed Gaston 29; Amari Venner not out 10. Bowling for South Castries, Noel Leo and Sanjay Francis picked up 3 and 2 wickets respectively.

Requiring 264 for victory, South Castries was bowled out for 106 in 25 overs with Alvinus Calender top scoring with 30; while Noel Leo chipped in with 20. Bowling for Babonneau, Zayee Antoine picked up 4 wickets; Anslem Gittens 2 wickets and 1 wicket each for Nyheem Rosemond; Amari Venner and Caleb Thomas.