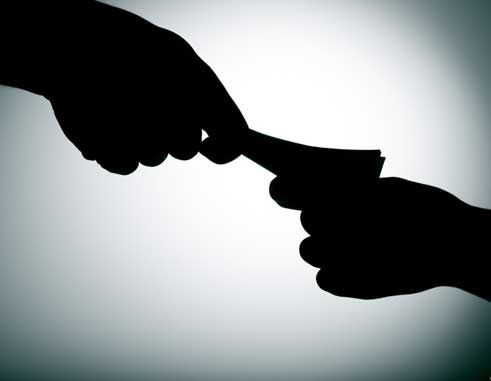 In my last Earl@Large programme on DBS TV (Sunday May 19), I said no government, party of politician can eradicate or erase corruption because, like poverty and unemployment, it is something that will always exist everywhere.

I also said the main reason corruption is impossible to eradicate is because it’s a human condition fed by greed, a personal trait one breeds but was not bred with.

Corruption is a seed that greed feeds on and can be encouraged by everything from an individual’s refusal to be satisfied with ‘enough’ to encouragement by others to do something for ‘more’.

It’s natural for parties and politicians campaigning for office to promise to ‘fight’ corruption if elected, but promises to ‘eradicate’ it have always turned out, everywhere, to be mere words.

Governments sometimes introduce laws said to be aimed at fighting corruption, but, which, on their own, remain mere sentences and paragraphs subject to or nullified by sections and sub-sections of wider laws, instead of passages to ensure stiff sentences for those proven corrupt.

The ‘fight’ against corruption can also suffer fatal blows if the processes are not properly designed to overcome the legal and judicial roadblocks to be expected and encountered, as the subjects of investigation are usually able to finance the most expensive legal representation.

In Saint Lucia, the Kenny Anthony administration undertook and facilitated a forensic audit with the widest possible latitude for investigators, which yielded a detailed and damning official report on bad handling of government funds at various local government levels.

The report named persons and included copies of related bills and documents to support the myriad cases of alleged irregular financial dealings and allegations of impropriety its authors concluded had taken place.

But the necessary accompanying legal and judicial processes were so lengthy that the government changed – and the new one changed its mind about pursuing the report’s findings in court.

The report has all but disappeared from official circulation and some of the persons named even threaten legal action against anyone who’ll quote what it says about them, others publicly saying of critics: ‘If they have proof, why am I not in jail?”

The Anthony administration was serious in intent, but ended-up being out-paced and outlived by the attending legal and judicial processes – and then fell victim to regime change.

I will not venture to say that the Chastanet administration ‘is not interested in fighting corruption’.

But as I said on Sunday (in response to a Star newspaper front page headline last weekend asking: ‘Can Chastanet Change Culture of Corruption?’), I will again say: ‘No, he can’t!’

No prime minister or government can get far in any fight, battle or war against corruption unless and until they are prepared to pass laws, with bipartisan or multi-party support, to provide for allegations of corruption to be attended to within a given time frame; and to require the judicial arm of government to find the legal mechanisms to treat such cases with the urgency they deserve – including the accused’s right to appeal within a given time frame.

But across the Caribbean as a whole, governments are generally reluctant to pass laws that can result in politicians, in and out of office, being easily prosecuted for corruption through proper investigations.

Because there are always politicians of all stripes and colours who will always see such laws as possible future threats to themselves — and will thus always do all they can to delay or thwart their drafting or implementation.