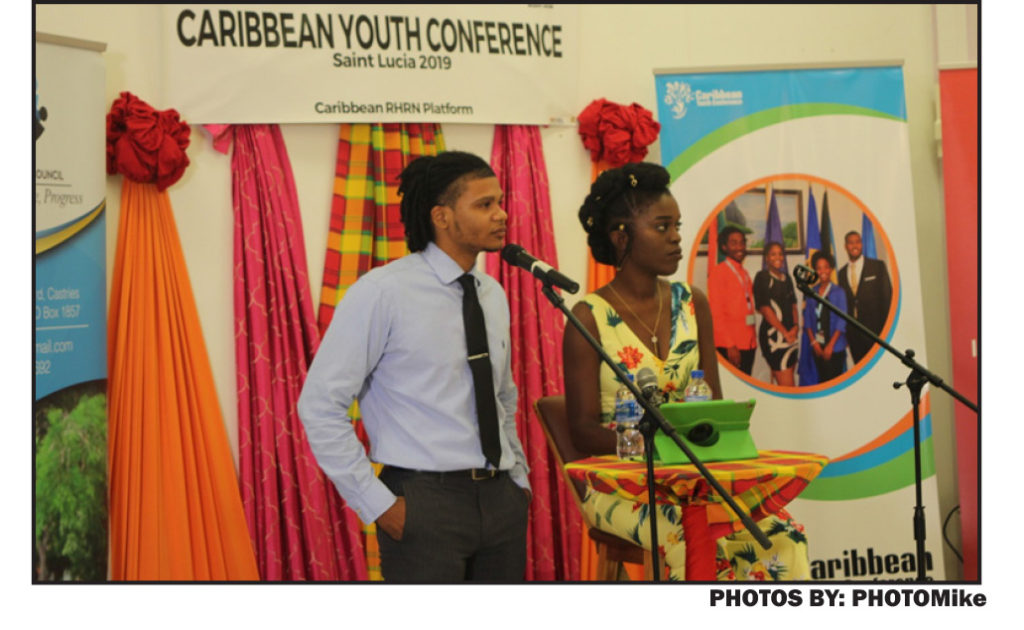 Young people from across the region this week ended their Caribbean Regional Youth Council (CRYC) Conference with questions and answers to these questions that would make regional leaders sit up and take note.

For instance, during a session at the Royal Palm Conference Room organized by the ‘Caribbean Right Here Right Now Platform (C_RHRN)’, the young people discussed issues of major concern to the region such as inter-island air travel, crime, drugs and firearm smuggling, governance, the importance of a government with men and women with strong ethical and moral standards, the Caribbean Single Market and Economy, the importance of buying local, trade amongst Caribbean countries, the conduct of young people especially during carnival and a host of other subjects.

The opening ceremony of the CRYC at Sandals Halcyon was a formal affair. At the forefront of the event was an amazing group of Caribbean youth, who came prepared to have discussions regarding their future and to make recommendations to Caribbean leaders. The atmosphere was one of excitement, enthusiasm and anticipation.

In between meeting and mingling, what was most apparent at the event was the level of enthusiasm and commitment to youth development of those involved, as well as the passion the participants had as it related to their desire to see young people like themselves across the region thinking big and improving individual skillsets.

There is no doubt, that the Caribbean Right Here Right Now Platform (C_RHRN) has had a huge impact on some of those young people. They spoke very highly about the project which has built their capacity as advocates and lobbyists for key issues which affect them such as the need for comprehensive sexuality education in schools, among others.

According to some of them, “In this time when the Caribbean is experiencing unprecedented levels of crime and record numbers of youth unemployment, this Right Here Right Now initiative could not have come at a better time.”

Since its inception, the Right Here Right Now Platform has empowered many Caribbean youth which was quite evident in their levels of confidence and speaking ability this week.

Perhaps one of the greatest strengths of the important regional initiative, as explained by a member who spoke with The VOICE, is the fact that from inception, it has remained tied to meaningful youth engagement and continues to be run by the youth, for the youth.

Coming out of the Conference, it is the intention for both the Caribbean Regional Youth Council and the Caribbean Right Here Right Now Platform to have youth representatives at the next CARICOM Heads of Government Conference, which will be held in Saint Lucia in July of this year. There is no doubt that these empowered youth will have an impact on the leaders whom they will meet in July, as the kind of exposure and experience which they have gathered through the Caribbean Platform, seems to have prepared them well for engagement at the highest levels.