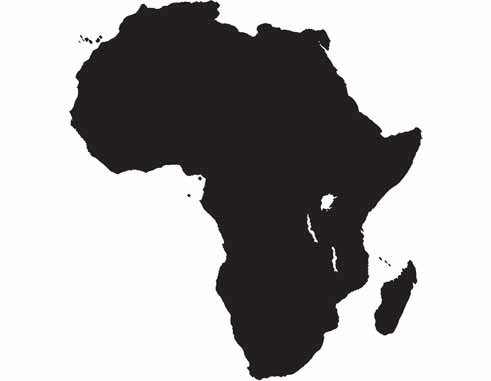 Today, May 25th, is Africa Day. It is the annual commemoration of the African Union which was founded on May 25th, 1963. It is a celebration with international, cultural and historical significance, and is therefore observed both inside and outside of the African continent. The majority of West Indians might not be aware of Africa Day, although many Rastafarians may, considering that the African Union was founded at a meeting which was hosted by the last Emperor of Ethiopia, Haile Selassie. This meeting was held in 1963 at Addis Ababa, Ethiopia, and was attended by representatives from thirty African Nations. The Organisation of African Unity was formed for the purpose of fostering African Unity by initiating movements that would liberate the People of Africa from foreign domination and exploitation.

It is important for the People of Africa and their descendants, who reside both in and out of Africa, to unite through the common historical and traditional backgrounds which they share. A group which is divided within and among itself cannot fully hope for unity with other groups. How we treat ourselves is sometimes a precursor to how we are treated by others. The People of Africa can only be elevated through the unity of the African People. It cannot be done any other way.

If we observe the European Union we will see that it is simply the union of the European People. Geographically and politically, the European Union is located in Europe, but symbolically it is not. It represents the unity of all European People and their descendants who live both inside and outside of Europe. It represents the unity of Europeans in Europe as well as Europeans who have settled for generations in the United Kingdom, the United States, Canada, Australia et cetera. Europe was not always united, and it has had a long history of wars and division; but the cooperation and alliances between Europe and its offspring-nations are proof of their unity.

Likewise, the African Union is representing all Africans no matter where they live. Unity begets more unity; and if we are striving toward a unified world then we cannot downplay the unity of the African People. The late Haile Selassie, who was an advocate for pan-African cooperation once said, “History teaches us that unity is strength, and cautions us to submerge and overcome our differences in the quest for common goals, to strive, with all our combined strength, for the path to true African brotherhood and unity.” His words are also pertinent to the development of all West Indians; for us all, despite our ethnic and cultural differences, are linked in brotherhood and sisterhood to all of Africa through the chain of Humanity. Let us unite rather than fight against each other, so that others may judge us not by their biases, but by our own example. The more united we stand, the less susceptible we become to the domination and exploitation of others. With that being said, “Happy Africa Day to you all.”

Editor’s note: For Future Scrutiny (FFS) is a new column which intends to bring attention to art, culture, and social issues.