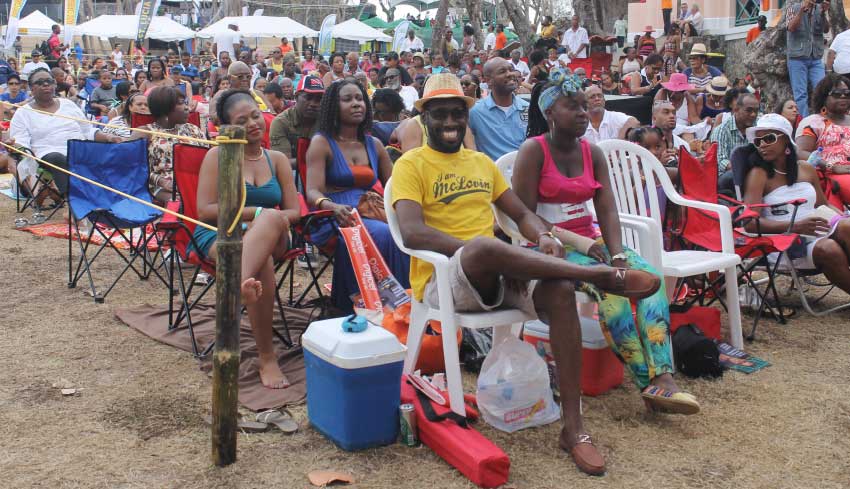 Almost everything Saint Lucians once knew about the jazz festival is being changed these days, from EC$14 million spent on it in the past (an estimate of the present government), to a budget of EC$4 million today. The festival seems headed for a course that may very well be a shadow of what it used to be.

Fortuna Belrose, Minister with responsibility for Culture in Saint Lucia, does not believe the festival has been watered down, nor is it heading towards its demise.

The Minister, on the contrary, believes that with the plans the government has for the festival, a more authentic jazz festival will emerge with more Saint Lucians learning and loving the music of jazz.

The government, on entering office in 2016 immediately put in action its plans for the festival by changing the way the event was handled internally as well as externally, to the point where two high profile persons in the then Saint Lucia Tourist Board resigned.

The 2017 Saint Lucia Jazz Festival, under new management, received mixed reactions relating to the handling of the festival that year despite its premier venue, the Pigeon Island National Landmark, not being patronised as in previous years. In fact, attendance that year can rightfully be described as dismal.

The government was unruffled by the poor attendance pointing out that this was a new format being undertaken therefore it needed time to grow and develop.

The same reason was given for last year’s attendance at the same venue. How it will fare this year is anyone’s guess. The venue, however, is already booked for shows by the Tourism Authority, which is somewhat puzzling as Belrose last week told reporters that “we are talking about looking at smaller intimate venues.”

“As you know we want to ensure that we have more authenticity within the jazz festival and that’s why we are working with the Lincoln Centre in the US. That is one of the focuses for us and trying to ensure that we develop our young talent with respect to jazz, so we are working with The Saint Lucia School of Music and the Marchand Youth Orchestra, some of these smaller developing groups, to see that we offer a greater level of authentic jazz in time to come,” Belrose said.

But what of other jurisdictions in the Caribbean having their own jazz festival at the same time as Saint Lucia. Is that a concern for the government?

“We have no concern. I think what we have been trying to develop over the last few years is something that is truly Saint Lucian. And I don’t think we will be too concerned about competing with other jurisdictions at this point in time,” Belrose said.

She believes there are musicians and singers in Saint Lucia that are talented enough to feature prominently at the festival, with their own brand of jazz music that could go very far and which could weave its way into the hearts of Saint Lucians.

Considering the government was now looking at smaller venues, the question was asked of Belrose whether ticket prices would be increased.

The minister did not address this directly promising to say more at a later date. However, she did say this:

“The profits come over time. If you recall, we were spending up to $14 million on jazz up to two and a half years ago. We are now spending $4 million and the focus is now in ensuring that we develop the authentic jazz within our country, and also get Saint Lucians to appreciate the authenticity.”