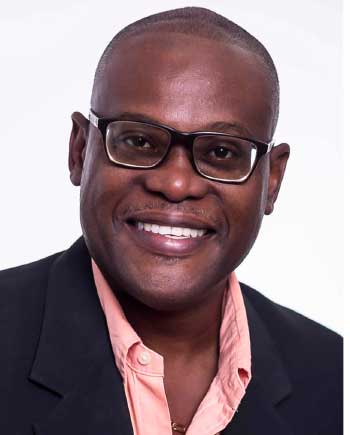 Soon after completing the University of the West Indies Open Campus NGO Professional Management certification course, St Lucia Photographer Kirk Elliott signed up for the National Geographic Educator certification programme on the recommendation of one of his St Lucia Photo Tours clients, Sandra Turner who at the time was Special Assistant to the Dean of the Hajim School of Engineering and Applied Science, Rochester New York.  Having successfully completed the programme Elliott has now earned certified National Geographic Educator status.

When asked what motivated him to pursue this unlikely course of study Elliott explained:  “I’m always sharing stories of Fond Gens Libre with my St Lucia Photo Tour clients and my passion to help the community develop an amazing tourism product that becomes an international benchmark of sustainable community based tourism within a UNESCO World Heritage Site. When Ms. Turner recommended that I consider the National Geographic Educator programme, I jumped at the idea having always been fond of the global awareness and caring National Geographic espouses.”

The National Geographic Educator Programme introduced Elliott to a Learning Framework that sub-scribes to the ASK philosophy, with ASK being an acronym for Attitudes, Skills and Knowledge.

“I learnt so much about inspiring learners of all ages to have an explorer mindset centered around curiosity, responsibility and empowerment, as embodied in the Nat Geo Attitudes skill set.” Elliott explained.

As part of the certification process participants in the National Geographic Educator Programme had to teach two classes.  Elliott selected The Underground Railroad compared to the Freedom Fighters of Fond Gens Libre for his classes and conducted two very lively lessons with the Fond Gens Libre Development Committee as they compared the route to freedom for runaway slaves in the United States versus that of Fond Gens Libre’s and Saint Lucia’s freedom fighters. Elliott then had to produce a five to six minute capstone video highlighting both his journey through the program and how as an educator to the community he was able to incorporate National Geographic’s Attitudes, Skills and Knowledge methodologies into the lessons taught.

“The way Elliott taught us about our fore-parents’ escape from slavery to freedom was an interesting approach we never learnt in school and he helped us consider this period in our history from a position of pride, as even the term neg marwon (translates to runaway black) took on a

When informed of Elliott’s successful completion of the course, Turner who introduced him to the pro-gramme had this to say: “Suggesting National Geographic’s Certified Educators’ program to Kirk was due largely to his ability to easily turn complicated concepts into palpable bits of information for a diverse group of people to understand. I discovered this while reading his tour reviews.  His clients, repeatedly acclaim how they developed a greater understanding of photography and knowledge of their cameras because of Kirk’s careful guidance.

Deeper than this, Kirk is a photographic (or visual) griot, vividly capturing the essence of St. Lu-cia’s people, culture and beauty! Kirk’s Fond Gens Libre capstone project is truly a sustainable development model that should be appreciated for its role to sustain a community through the study of indigenous knowledge, empowerment, and new realities.

Residents of Fond Gens Libre who today live at the base of Gros Piton are reputed to be descendants of Saint Lucia’s Freedom Fighters who rejected slavery hundreds of years ago and many of these residents earn a living as hiking guides on the Gros Piton Nature Trail.

Since 2015 Elliott has worked with the community’s executive committee to help it develop a product that immerses visitors in the rich history of the place and its residents.   Elliott looks forward to helping the community expand its visitor experiences for greater empowerment and economic benefit to the community.

Elliott’s Capstone Video can be seen at: https://StLuciaPhotoTours.com/NatGeo