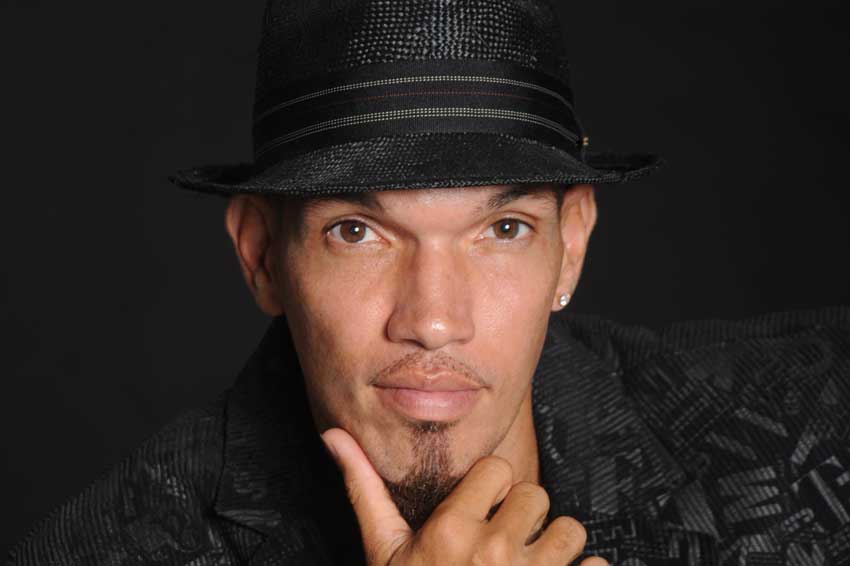 A highlight of the ceremony to launch the 2019 National Arts Festival was the unveiling of an award to recognise potential and innovation in music in the name of the late beloved Saint Lucian singer, songwriter and producer Francis “Leebo” De Lima. The initiative is being unveiled one year after his passing, following a short battle with gastric cancer. De Lima is hailed as one of the influential forces in popular music in Saint Lucia and the region in the last two decades. The award citation described him as one “profoundly passionate about the arts who worked tirelessly with aspiring artistes in various fields throughout his life, moulding careers and exciting the greatness of future generations.”

The award is the outcome of discussions between CIBC FirstCaribbean International Bank and the Cultural Development Foundation (CDF), on how the two organisations could partner to create a mechanism through which to preserve and leverage the producer’s legacy. CIBC FirstCaribbean has made a commitment for an initial three years.

The award recognises promising talent in Contemporary / Popular music forms (Folk Music, R&B, Soca, Reggae, Hip-Hop etc), Music Production (Arrangement, Sound Engineering, Composition, Digital and Multimedia Production). The award is open to Saint Lucian nationals aged 16 – 35 years, with a consistent body of work in these genres over the last two years. Nominees would have had a positive and recognizable impact in their respective art forms both on the music fraternity and the general public, and demonstrated innovation and creativity whilst maintaining their individual and/or group integrity.

In unveiling the award, CDF’s Director of Events Ms. Drenia Frederick, spoke of the partnership with CIBC FirstCaribbean as a necessary marriage of corporate and community “which can create that springboard effect to catapult talents and dreamers beyond the mango tree, and into global orbit”.  Referencing the breadth of De Lima’s creative skill set which included music, visual and performing arts, and his mastery of music production technologies, Ms. Frederick said De Lima epitomised the type of innovation and creative brand that is synonymous with the country’s name. “We are a nation of creatives, however, Arts and Culture is at a cross road, where technology and tradition are interfacing and giving rise to a hybrid of artistic expression. CDF is keen on creating synergies that advance the development of the creative industries”.

Speaking on behalf of CIBC FirstCaribbean, Mrs. Carol Mangal, Senior Relationship Manager, Sales & Platinum Banking, said the partnership with CDF is reflective of the “high premium” that the institution places on youth development, and on creating an environment that is enabling of all skill sets, so as to make space for everyone to contribute to nation building. “Coming into his own as a musical force at the precise point in the history of Saint Lucian music as he did, Leebo’s unique abilities, passions and curiosity became the torch that illumined the pathway for a contemporary music sector that was pregnant with potential, virtually bursting at the seams with talent. CIBC FirstCaribbean wants to be part of the movement to ensure that his name retains its inspirational pull for aspiring young singers, composers and producers”, Mrs. Mangal concluded.

The award will form part of the National Arts Festival calendar, but will in time form part of a National Creative Arts Awards Scheme, which is currently the planning phase. Fifteen creatives have been nominated for the award in its first year. The list comprises rising names in music and multimedia production, composition and performance.